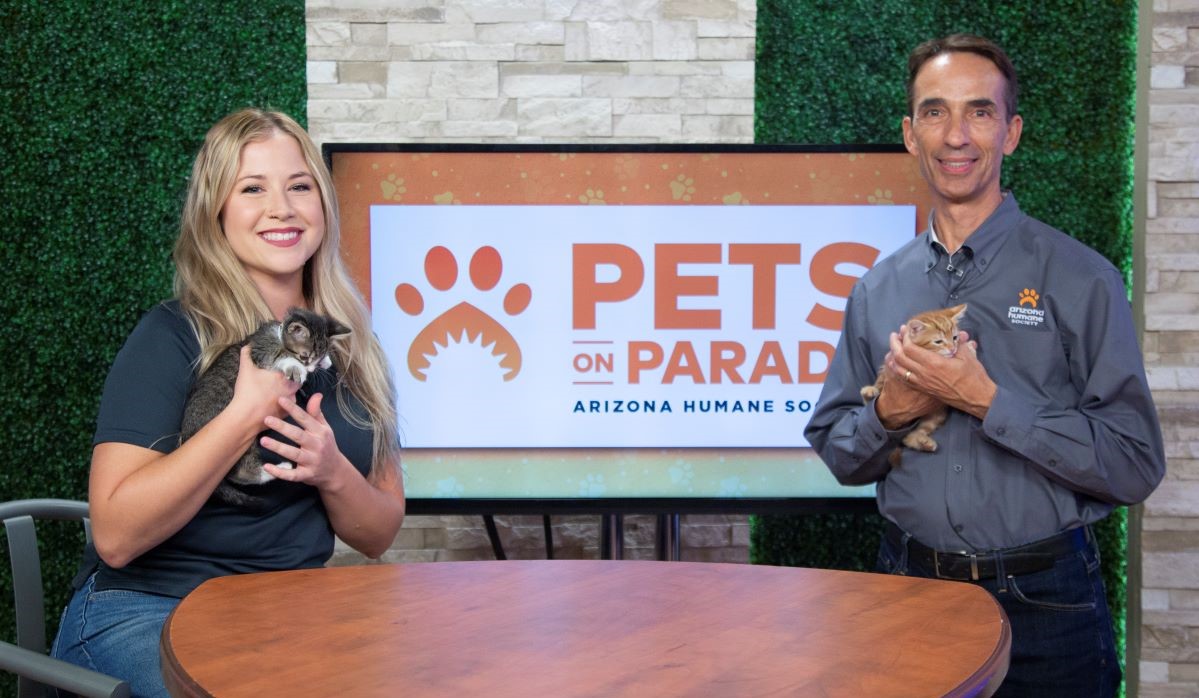 Tune into Arizona’s longest running (and most adorable!) TV show, Pets on Parade

In 1958, the Arizona Humane Society and 3TV’s weekly television show, Pets on Parade, made its debut, sharing the joy of pet ownership with Arizona viewers. As the longest-running locally produced television show in the state, Pets on Parade aims to showcase AHS’s lifesaving programs and services while also educating and celebrating the human-animal bond.

The show features a parade of pets who need forever homes, useful animal-care tips, and welcomes special guests. Dogs, cats, puppies, kittens, and critters alike find their way into loving homes every week thanks to this long standing partnership with Arizona’s Family.

Don’t miss an episode! Watch Pets on Parade on Channel 3 every Saturday at 11:30 a.m.

Pets on Parade Past Episodes

Visit the Arizona Humane Society’s YouTube page to learn more about how we help our community’s most vulnerable pets.