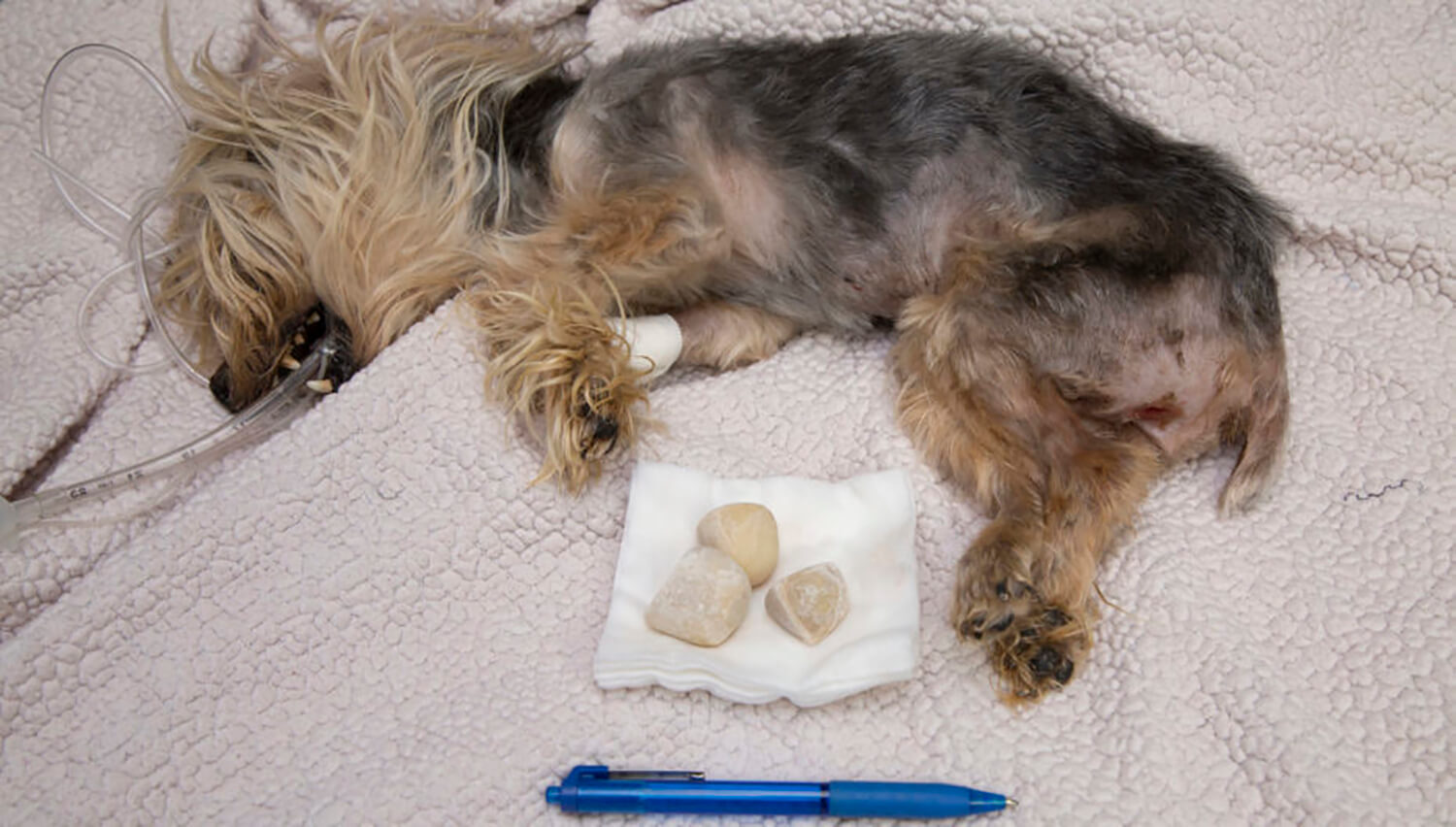 Minerva the 7-year-old Yorkshire Terrier was brought to the Arizona Humane Society by a Good Samaritan in early April when she was found as a sick stray. Minerva had bruising and wounds on her hip, matted fur, and was in need of a dental checkup, but it was clear that there was more to her condition than what appeared on the outside.

She was immediately brought to AHS’ Second Chance Animal Trauma Hospital™ for treatment, which is the largest shelter-based trauma center for homeless animals in the Southwest. She is one of nearly 11,000 animals who receive lifesaving care in our trauma hospital every year.

It became clear very quickly that Minerva’s pain and lack of appetite were not only due to the external wounds she had, so she was given an X-ray. It was discovered that poor Minerva was suffering from three bladder stones that were nearly the size of her own paws. The stones were carefully removed during a cystotomy (bladder surgery) and almost immediately, the sweet pup showed off her sweet and spunky personality!

Minerva is currently recovering in a foster home where she is eating special prescription food and taking medication twice a day. Her Foster Hero Cyndi tells us that she fits right in with their other five female dogs and is known around the house as “the granny.” She plans to make Minerva a permanent member of her family when the time comes to adopt!

Why Dogs and Cats Mark Their Territory