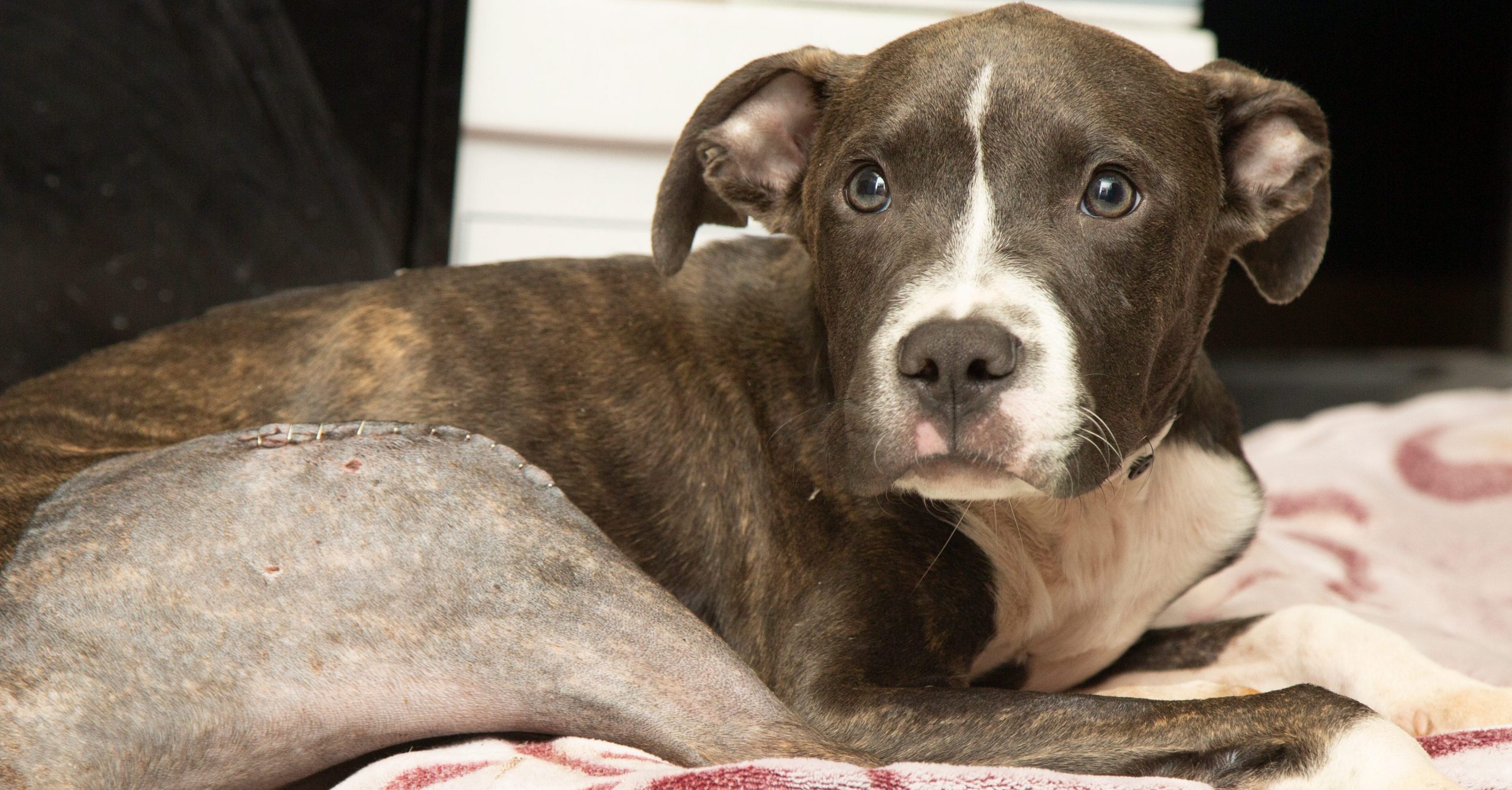 The Arizona Humane Society is looking for any tips that may lead them to the person who threw a four-month-old Pit Bull puppy in a dumpster. 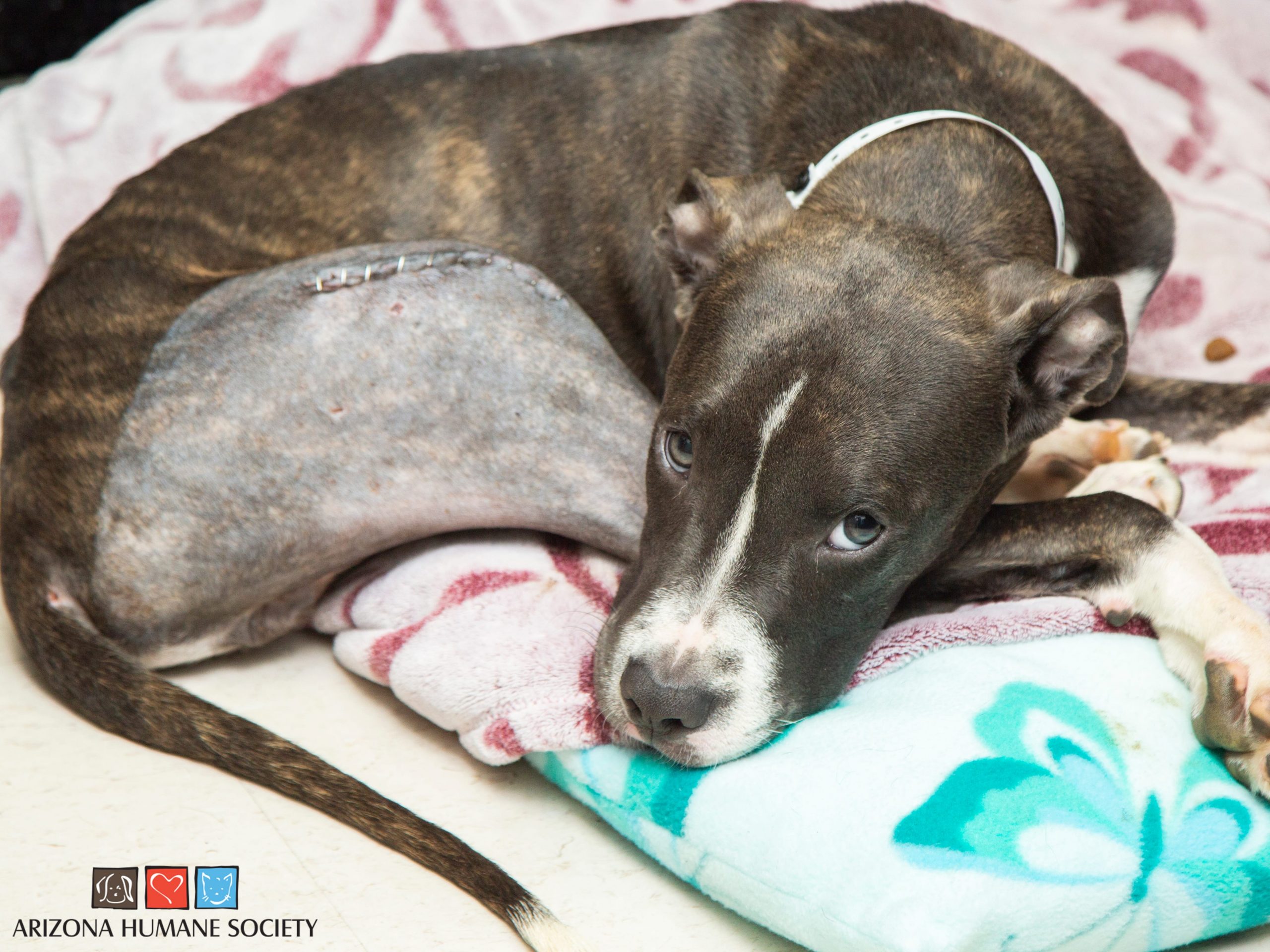 The puppy was found by a Good Samaritan in a dumpster located in the area of 19th Avenue and Bell Road at approximately 12 p.m. on Wednesday, July 11.

The puppy, now named Tommy, was wrapped in a dark colored blanket wearing a plain collar with no tags. He was transferred to AHS’ Second Chance Animal Trauma Hospital™ where X-rays revealed that both of his back legs were broken. He has since undergone surgery on both legs, thanks to Dr. Capwell, and is recovering in a Foster Hero home with the AHS’ lead veterinarian. He has the sweetest disposition and tries to hobble into everyone’s lap. 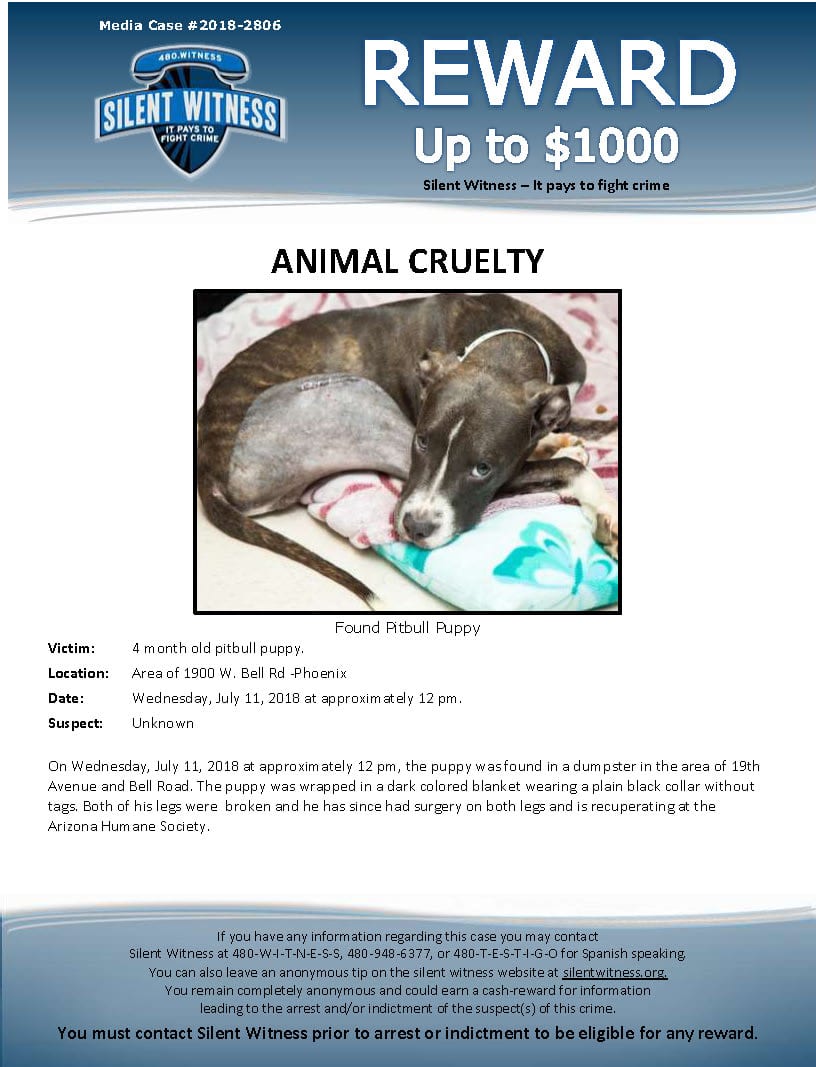