It’s a sad day for pets at the Arizona Capitol.

After working with Maricopa County Attorney Bill Montgomery and Senator John Kavanagh to strengthen penalties for the worst cases of animal abuse, SB1295 stalled this week in the state House, after passing the Senate. Despite your calls and emails in support, Representative Eddie Farnworth opposed the bill and refused to have it heard in the committee he chairs, thus preventing it from being passed during this legislative session.

We’re disappointed for many reasons, including the fact that politics took precedence over making our communities safer for both pets and people. The connection between animal abuse and other horrible domestic violence (including the recent school shooting in Florida) is clear. SB1295 would have made it more likely that an animal abuser received supervised treatment and faced penalties more in line with the crime.

“We believe SB1295 is good policy and will work to ensure its success next legislative session,” said Mr. Montgomery. “We’re disappointed in this year’s outcome, but will continue to advocate crime prevention and justice for all victims two- and four-legged.”

On a brighter note, our legislative work to help abandoned pets is continuing to make progress. Senate Bill 1376 would require landlords who find abandoned animals in their vacated properties to immediately remove the pets and release them to a shelter, provide reasonable care or alert animal control. This will lead to fewer pets abandoned without a second chance and more reunions of pets with their families. We’re hopeful this bill will pass the Legislature and is signed by the Governor.

Senate Bill 1295, a bill that strengthens penalties for animal abusers, has passed in the Senate and is now headed to the Arizona House of Representatives! Thank you to Senator John Kavanagh for sponsoring the bill and being such a great advocate for Arizona’s animals!

Another Step Forward for Raine!

Yesterday, we earned the support of the Senate Judiciary Committee (6-1) to advance SB1295 to the Senate Rules Committee. We are working hard to strengthen penalties for animal abusers and appreciate the community’s support. 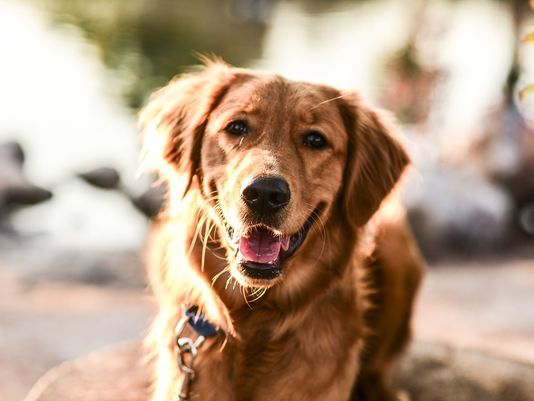 For weeks, she could hear the bloodcurdling screams echoing through her Tempe apartment complex.

Heather Frazer desperately tried to find the source of the cries because she knew an animal was in trouble. After several attempts, she found the right apartment and peered through a gap in the blinds.

“That was when I saw like a little ball of orange fur on the ground,” Frazer said, beginning to choke back tears. “It was the worst scream that I’ve ever heard in my life.”

She said she caught a glimpse of a man beating the puppy with a metal rod — over and over again.

Frazer called Tempe police, who entered and found a tiny golden retriever with multiple skull and cheek-bone fractures, swelling in both eyes, multiple cuts on his front shoulder and on top of his head, and a broken canine tooth.

Police also found two cats in the apartment that appeared to be beaten. One cat’s eye was detached from its socket, according to media reports at the time.

Shundong Hu, the man Frazer said she saw in the apartment, was indicted on charges of cruel mistreatment of an animal, a Class 6 felony, and two misdemeanors for failing to provide medical treatment to an animal and disorderly conduct.

Hu, who pleaded not guilty, is scheduled to stand trial in April.

If he’s convicted, the felony charge could be changed to a misdemeanor by the court and carry a much lighter punishment, due to Arizona’s existing animal-cruelty laws.

The potential penalty would be greater for killing a lamb or a cow without the owner’s permission.

Animal advocates, including the Arizona Humane Society and Frazer, said that difference is why Arizona lawmakers need to close what they call the state’s “animal-abuse loophole.”

They are asking the Legislature to pass Senate Bill 1295, which would toughen the penalty in severe cases of animal cruelty by making it a Class 5 felony, the same penalty as killing livestock illegally.