Julie and Matt Opened Their Home to a Foster Dog who Never Had a Voice of Her Own.

Matt is singing softly to Suzie, our shutdown foster dog who is too afraid to enter our house. Instead, she’s more interested in spending her days orbiting our property, all four acres of it. Singing was the only thing that engaged Suzie when she first arrived at our home. 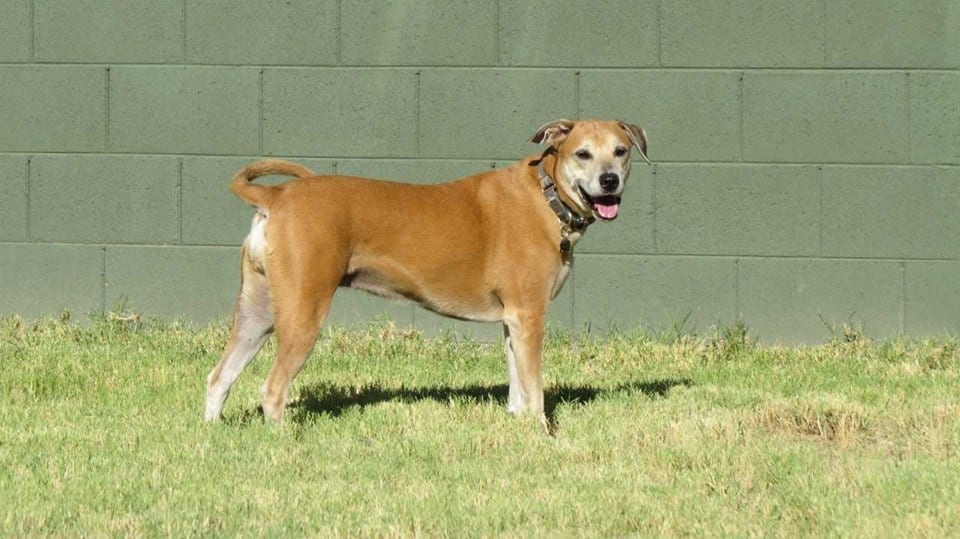 It was August 2016, and I had convinced Matt to choose among the half-dozen unnamed dogs rescued by the Arizona Humane Society. They were in need of quiet homes in which to recover as their hoarding and cruelty case made its way through the judicial system.

Suzie’s criteria: We’ll never know… but she returned his gaze.

Suzie was depressed and dejected when she arrived, but still soft. She avoided conflict by avoiding contact. She wanted to trust but didn’t know how. Her chaotic early years required a hyper-vigilance that did not easily subside. I felt her inability to trust. I sensed her fear, all too well. I saw myself as that tiny child, too afraid to speak, too uncertain to make my voice heard.

Matt keeps singing. Suzie follows him into the house and kisses him on the nose, one gentle lick. She lets him pet her under the chin in exchange for treats. Soon, her progress becomes obvious and continuous. She retreats less often to her “safe” places in our home. She passes through puppyish phases, catching up on deferred development. Four weeks in, after her first bath, she finally wags her tail. She has good dreams, thumping her tail unguardedly in her sleep.

Outdoors, Suzie begins to explore our large desert yard rather than merely patrolling its perimeter. She chases squirrels, sniffs the ground, and rolls in odorous plants. She digs at the soil with zeal, her whole-self focused, not a care in the world. Watching her front legs move so fast and furiously sends me into spasms of giggles. Her behavior, and ours, becomes increasingly carefree, relaxed, and joyful. 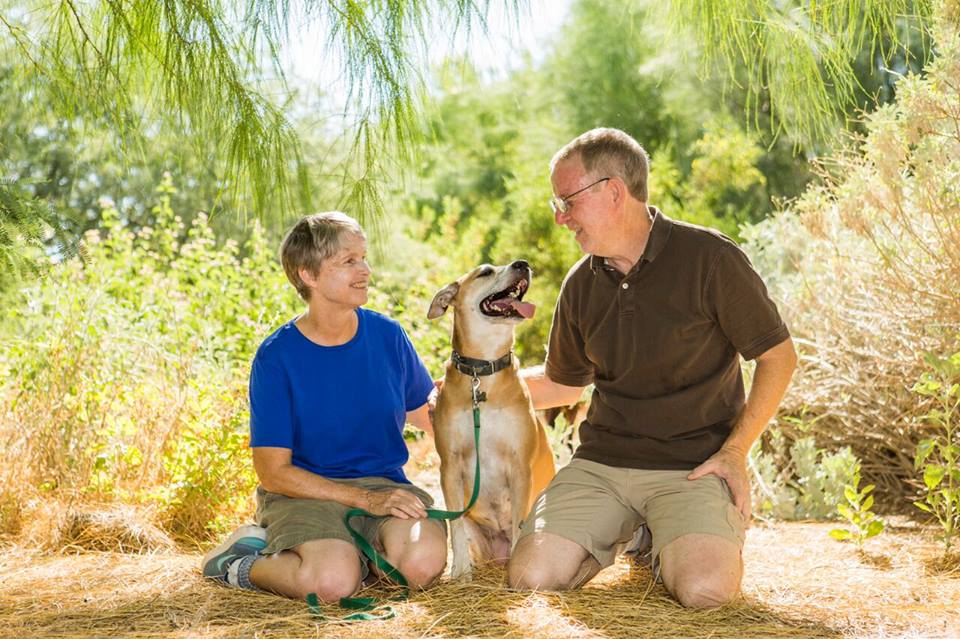 A year has now passed. After months of legal wrangling, Suzie was officially relinquished and we adopted her, willingly “failing” as foster parents. I now radiate joy as our once fear-struck girl dances with anticipation before our walks around the neighborhood. We glow with relief as she becomes more accepting of outsiders. Together, we transformed our apprehension about the unknown into excitement for the new, enriching our lives in the process.

Matt and I not only sing, we talk to our dogs, and they to us. We also howl together. When the pack energy rises, one of us starts vocalizing and the rest join in. At the first group howl, Suzie didn’t know what to think. She bounced around, nervously excited. Next time she barked. And then, finally, she found her voice, and became a full-fledged member of the family pack, as she lifted her head skyward and sang! Together, on our journey out of fear and into the light, we found ourselves.

Thank you for following along with our special #PawlidayTails throughout this holiday season! We will continue to share stories of rescue, adoption successes and more here on AHS’ blog and on AHS’ Facebook page.