Pawliday Tails: A Cat, A Boy, A Bond

Westin Was Abandoned in a Hotel Room with 29 Other Cats. His Adopter, Anne, Tells the Story of Her Son and Westin’s Shared Bond.

There was nothing extraordinary about the cat that stared from the pages of the newspaper. He was black with gold eyes. His name was Westin. He’d been at the Arizona Humane Society way too long. 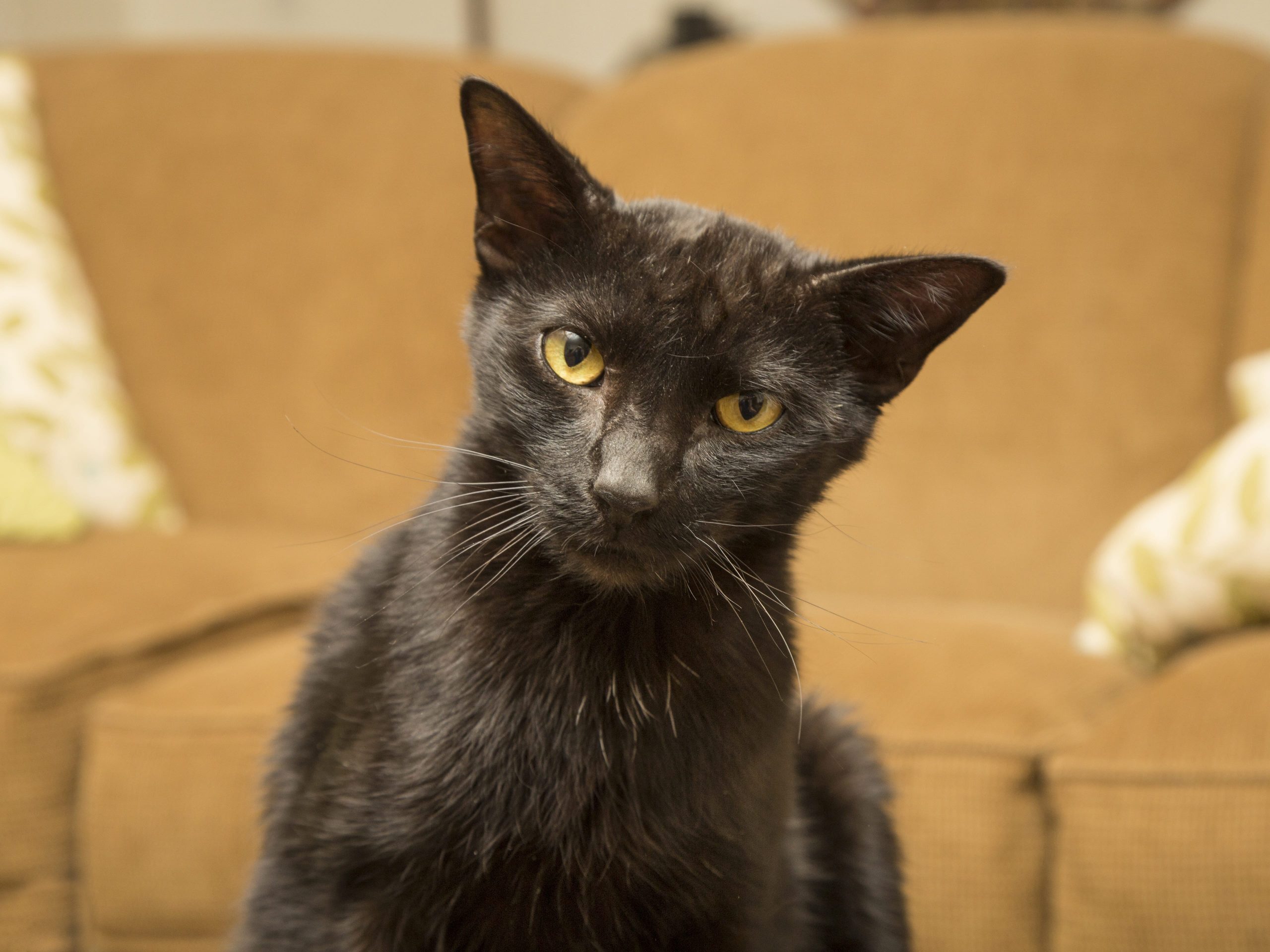 I called my son, showed him the picture, and told him about Westin. “Should we go get him?” I asked. Troy’s eyes lit up.

Within the hour we bounded through the door at the shelter, waving the newspaper article. “We’re here for Westin.”

“The story did not tell you everything,” a volunteer said, leading us toward a glassed-in enclosure, where hard-to-adopt animals are placed for one last push to find them a forever home.

My son and I glimpsed at Westin briefly through a large window. The woman escorted us into the tidy room scattered with cat toys and shelves ascending one wall, where Westin quickly displayed his climbing skills. I sat on a small couch. Westin stared at me, then leaped into my lap.

“Where did he come from?” I asked, as Westin head-butted my hand for a rub.

“He was one of 30 cats found abandoned in a hotel room,” she said. “We named them all after hotels. Westin is the only one who hasn’t been adopted.”

“Why?” I stared at the cat, now happily ensconced in my son’s lap.

“Westin is sick. He has horrible allergies. He’s on daily medication and will be for the rest of his life. He has to be fed special food that costs about $60 a bag.”

I stared at my son, a first-year college student who wants to be a chef. 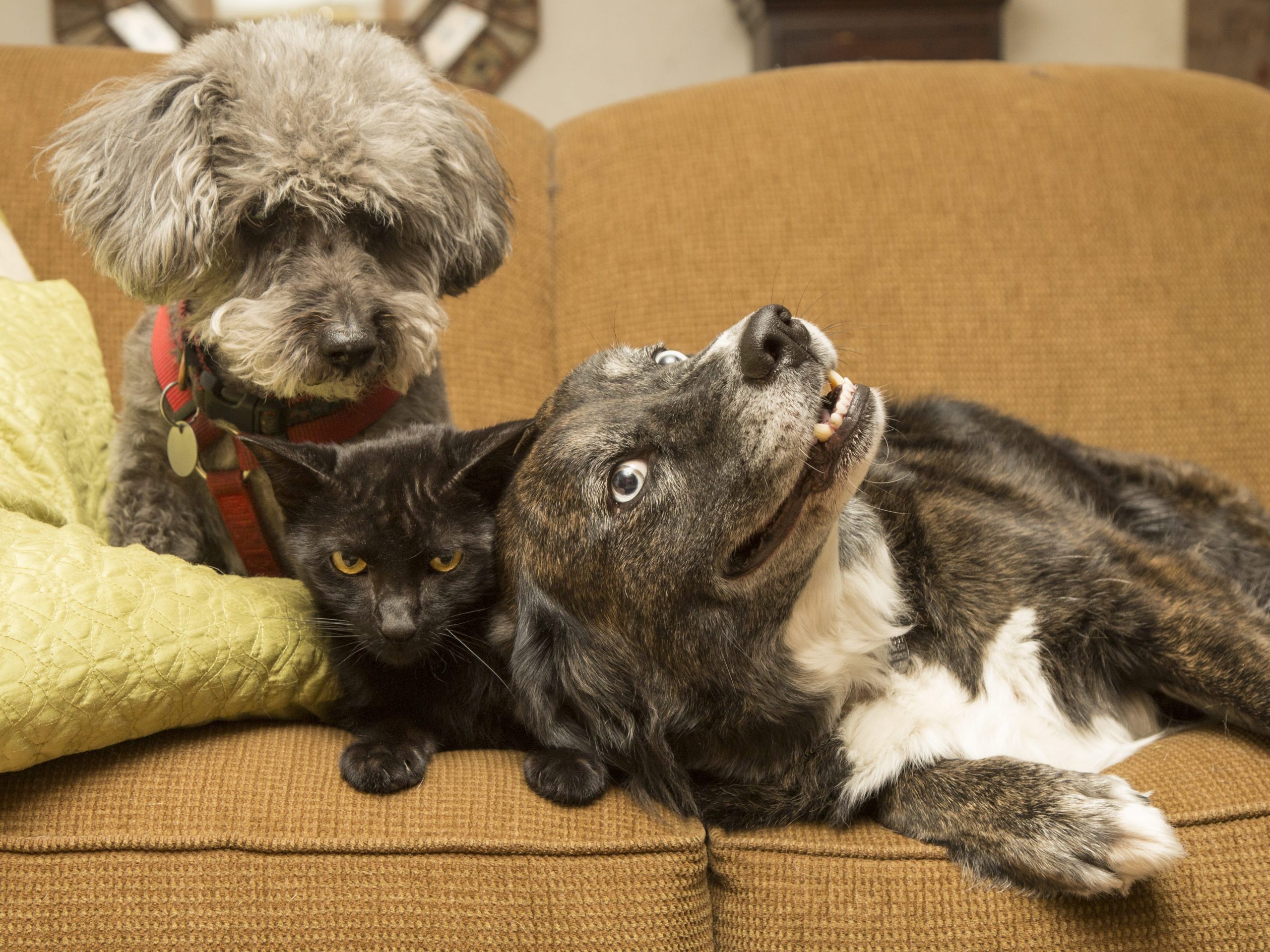 “I’ll leave you two to think about it,” she said, a hint of sadness in her voice. “Westin’s been here a long time.”

“It’s a lot of money,” I said when my son and I were alone. “And a lot of responsibility.” We already had three cats and a cattle dog.

When the volunteer came back, I asked if anyone else had ever wanted to adopt Westin.

“Oh, yes,” she said. “Until they found out about his problems.”

“You said you’d help with the costs,” I reminded Troy. He nodded, considering.

The boy with the blue eyes stroked Westin’s head. “He’s just like me, Mom. No one wanted me either.”

I stared at the ground. Troy is my third son. All of my boys spent time in the foster care system, before entering my life when they were teenagers. 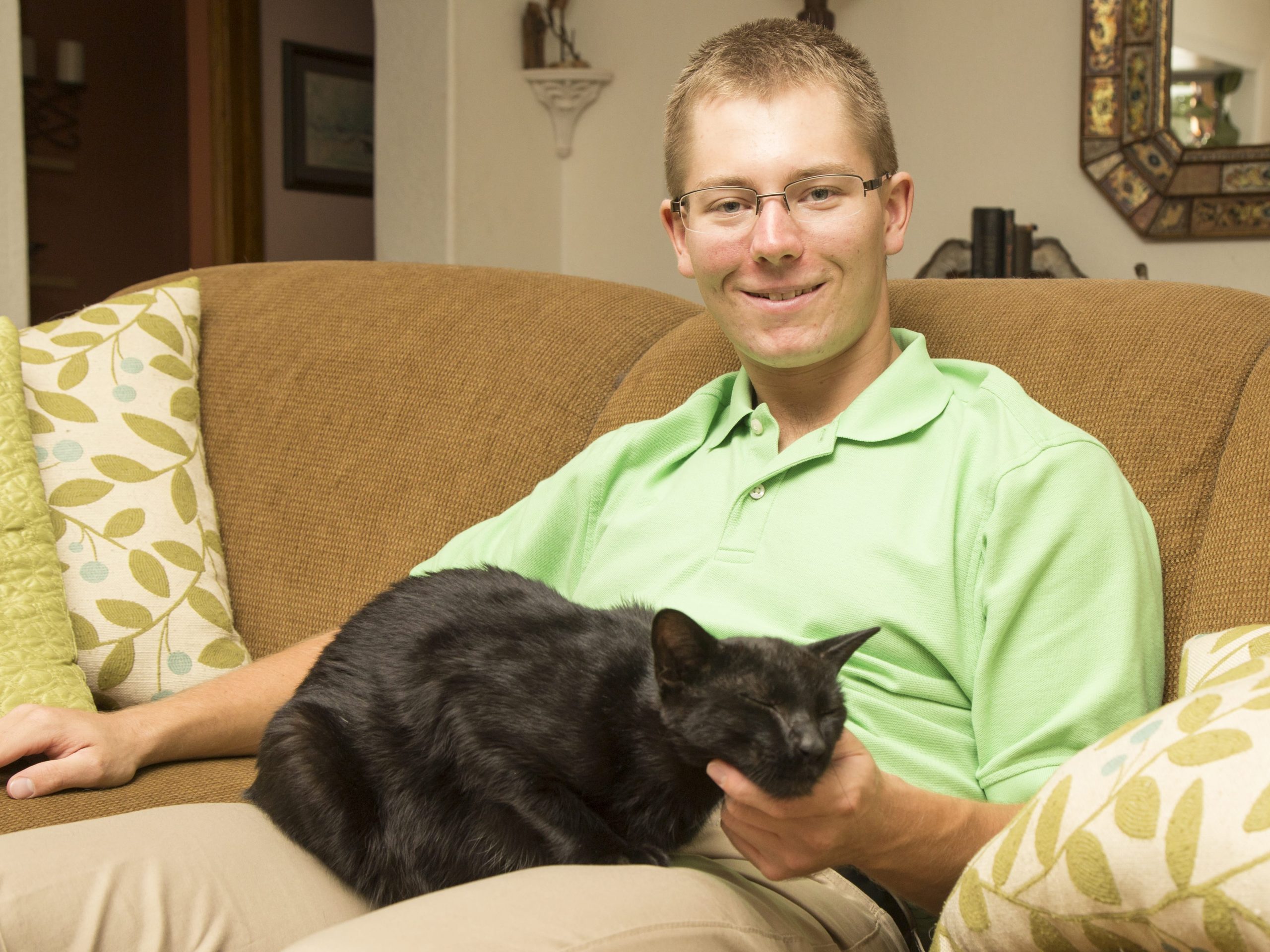 I can’t say it hasn’t been a struggle. Westin suffered a ruptured ear drum, a condition which almost killed him. True to his word, Troy has paid over $1,200 toward Westin’s bills. And, even more important, he’s learned about empathy, an emotion that foster children often struggle with.

Westin, for his part, never fails to head bump the nearest ankle or dive into a lap to snuggle with his new family. He’s even charmed the dog.

The once un-extraordinary cat we learned about in the newspaper has become an extraordinary teacher, friend and loving family member.