North Phoenix News & ABC 15: How to Help this Kitten Season

Kittens Are Cute, Kitty Season Is Not 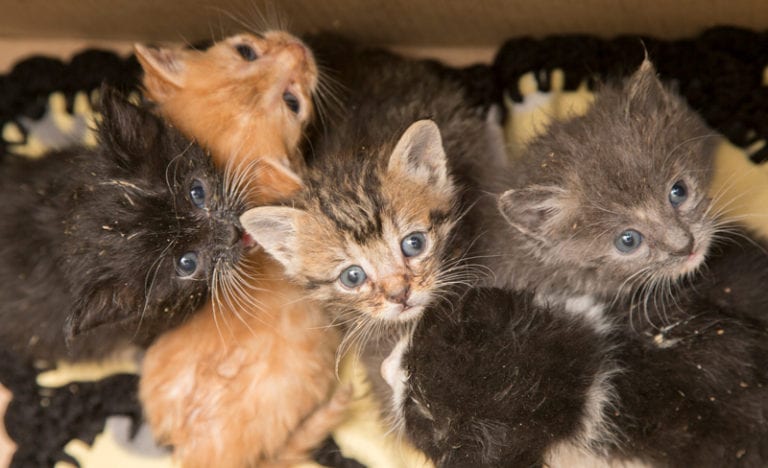 Each spring, a wave of homeless kittens begins to inundate animal shelters and adoption groups all around the Valley, straining a vast network of volunteers who try to provide care and find them new homes.

For small rescue groups like Anthem Pets, which relies on volunteers to foster pets until permanent homes can be found, the inundation is particularly problematic. “We can only take in the cat if we have a foster home for it,” said Amy Burnett, the group’s vice president. “We do not have a shelter. So if we don’t have fosters we cannot take in the cats.”

Wait … Kitten Season?
In the Valley’s mild climate, cats reproduce year-round. But the prime breeding season begins in early spring, peaks by early summer, and tapers off in fall.

“It seems to have started earlier this year and we have more than ever,” said Barb Morris, founder and executive director of Kind to Nature, a Phoenix nonprofit that helps stray cats and other pets find homes.

“In the last month we have been inundated with close to a hundred kittens,” said Angie Grams with 4 Paws Rescue in Sun City. “In 2017 we took in over 450 kittens, and we expect to take in about the same number for the 2018 season.” Grams’ group is small compared to others.

The Arizona Humane Society took in 9,865 cats in Maricopa County during the most recent 12-month period for which data is available. Of those, 5,447 were kittens. “Currently, we have more than 600 cats and kittens in our care within our ICUs, hospital and up for adoption as well as in our foster hero homes,” said Bretta Nelson, spokesperson for the agency.

Many litters are from cats with no owners, or at least the mother cats don’t have collars or tags, shelter operators said. “I wouldn’t necessarily say they are ‘feral’ or ‘wild,’ but definitely ‘outdoor’ cats, Nelson said.

The main message from all shelter operators: If you have a cat, get it spayed or neutered.

If You Find Kittens
People often bring in stray litters assuming they’ve have been orphaned by their mothers. “Yet, many of their mothers may just be out hunting for food,” said Bretta Nelson of the Arizona Humane Society. The mom will likely return.

“We encourage people to wait eight hours to see if mom returns before intervening,” she said, adding that 27 percent of the kittens brought in don’t survive, largely due to being taken from their mothers at such a young age.