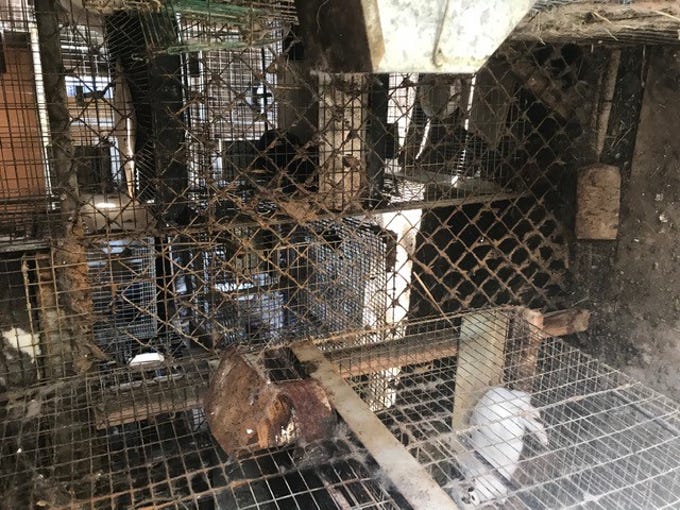 Arizona Humane Society workers and Gilbert police officers removed 166 rabbits living in “horrific” conditions inside a shed with 6 to 8 inches of feces covering their rusted wire cages on Aug. 23.

The rabbits also lacked basic medical care, with some having ear infections, discharge from the eyes and nose, hair loss and open wounds on their feet, officials said.

Gilbert Police didn’t identify the rabbits’ owner or say whether criminal charges could be filed.

The Humane Society said it, along with Gilbert police officers, spent five hours removing the rabbits from their cages and took them to the group’s headquarters, where they were examined and treated. One of the rabbits died. 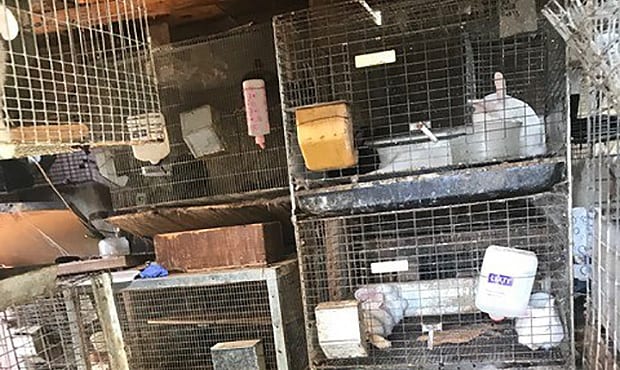 The rabbits, who were found Aug. 23, were likely bred for sale and to butcher for meat.

They were living in a shed with six to eight inches of fecal matter covering the cages and rusty wiring.

The animals suffered from a number of conditions, including ear infections, ocular and nasal discharge and open wounds.

The non-profit sent in a nine-member team that spent over five hours removing the rabbits and transported them for medical evaluations.

One of the rabbits did not survive.

While under the care of the AHS Veterinary Clinic, five to seven spay and neuter surgeries will be performed each day, taking several weeks to complete.

Rabbits will be available for adoption likely toward the end of next week.