Luna’s Adoption was a Milestone for PetSmart Charities! 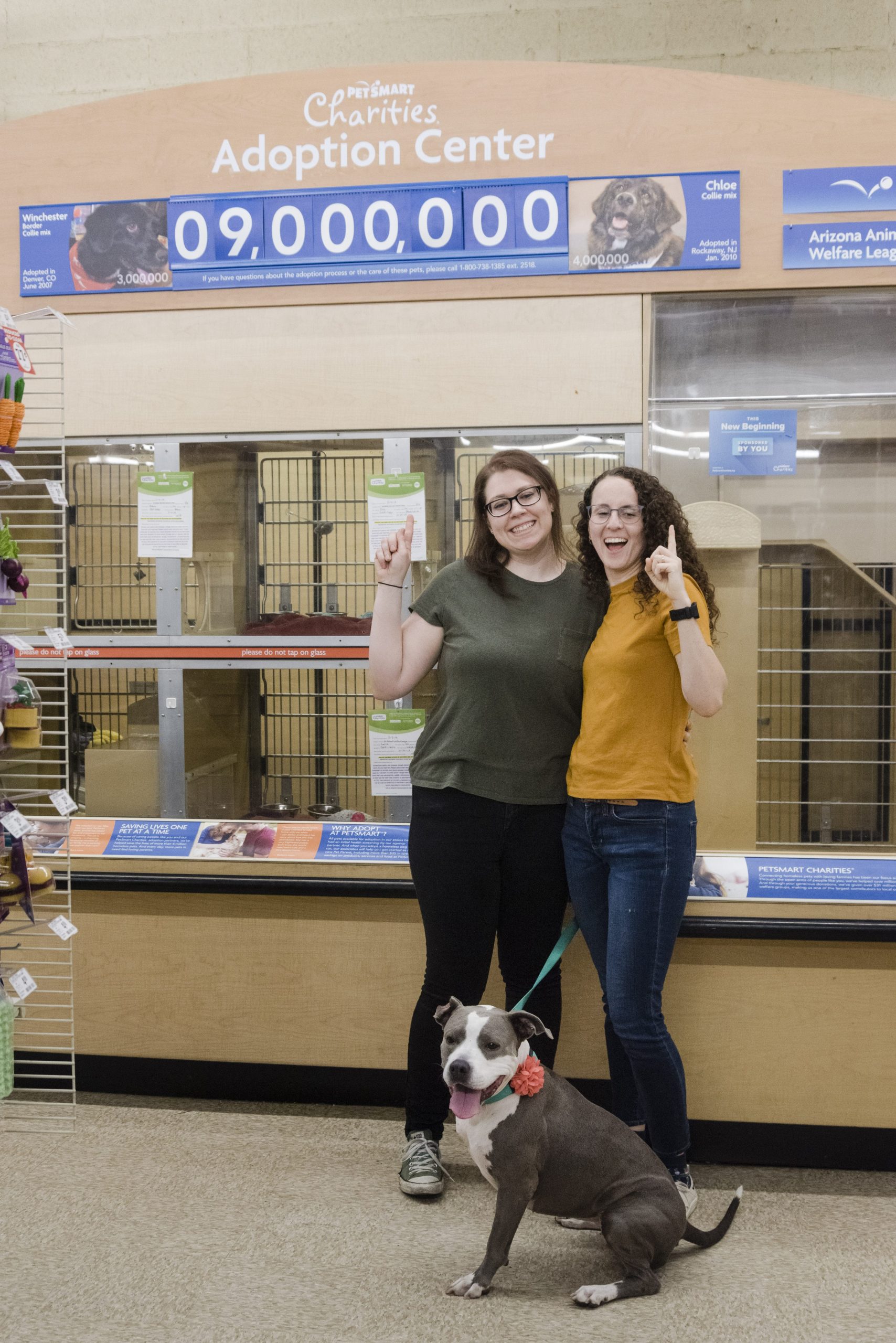 “My aunt shared a picture of her from the (Arizona) Humane Society,” Sommers said. “And then she (Wilson) had found the same photo on a different pet finder, pet for adoption site.”

The two realized Luna was at their local PetSmart and visited with her that same evening.

“We just couldn’t leave without her,” Wilson said. “We just saw loving she is and how adorable she was, and we were just hooked on the spot after that.” 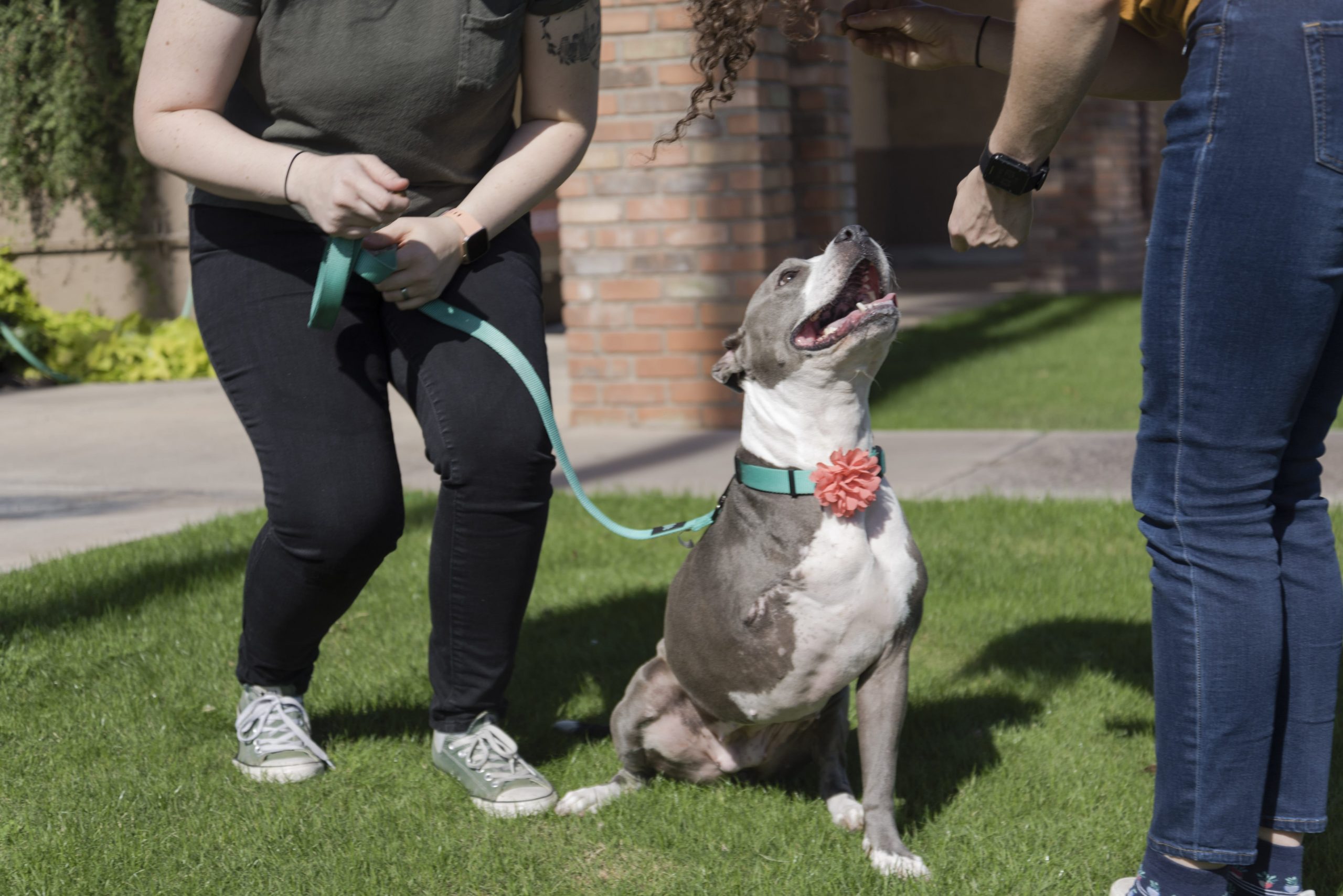 Luna is a special-needs dog. The Arizona Humane Society’s Emergency Animal Medical Technicians rescued her after a dog fight. She had extensive injuries, especially to her front leg. AHS tried to save the leg, but it had become lame and ended up removing it. That doesn’t stop Luna, though.

“She’s figured it all out,” Wilson added. “There’s nothing that stops her because she’s missing a leg.”

*This story was shared from PetSmart Charities.