Successful Rescue of Seven Newborn Puppies from Under an Arizona House

In mid-October, a call came into the Arizona Humane Society’s (AHS) Emergency Dispatch in from someone who reported seeing free-roaming adult dogs entering and exiting a hole under an abandoned Phoenix house slated for demolition. When the two AHS Emergency Animal Medical Technicians™ (EAMTs), Theresa Scheckel and Dan McGrath, arrived on the scene, witnesses told them they believed the female dog had recently given birth, but that the puppies were nowhere to be found. A video clip of the operation shows two malnourished adult dogs squeezing through a narrow gap between the building and the ground and excitedly responding to Scheckel and McGrath’s whistles and coaxing. The dogs seem people-friendly, and the female looks to be a nursing mother. Scheckel and McGrath begin digging larger holes to gain access and search for the puppies. McGrath then slides under the house and discovers the puppies in a pile (as shown in the Go Pro footage) in the extremely narrow crawl space. Remaining under the house, McGrath places the puppies on a gurney, then slides them out to his partner, who carefully removes them and places them on the ground nearby. Once out from under the building, the seven pups—so young that their eyes were still closed—and mother were reunited, and all the dogs (two adults and seven puppies) were taken to the Arizona Humane Society’s trauma hospital for medical exams. Read full story. 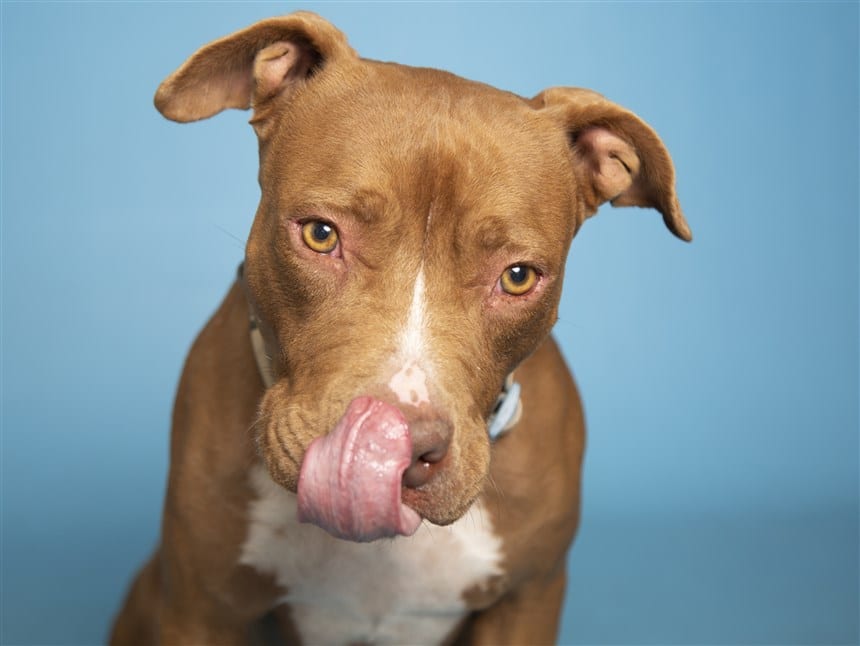 A dog who had spent more than 400 days at an animal shelter has finally found a loving home. Lola the pitbull was being cared for at the Humane Society of Wickenburg in Arizona, where she spent hundreds of days waiting for a new owner to scoop her up.
Eventually she was transferred to the Arizona Humane Society (AHS) in Phoenix 'for a change of scenery', and it was here that Lola's fortunes turned around.
In many US states, animal shelters and pounds aren't legally obligated to keep animals for more than one to seven days.
After trying their hardest to get Lola rehomed, the staff at the Humane Society of Wickenburg decided to enlist the help of AHS' Project Reachout Program, which helps save pets by working with other shelters.
Within just 24 hours of her being placed at another shelter in Arizona, a family from Mesa had realised there was a Lola-shaped hole in their lives, and decided to adopt the two-year-old pooch.
Read full story. 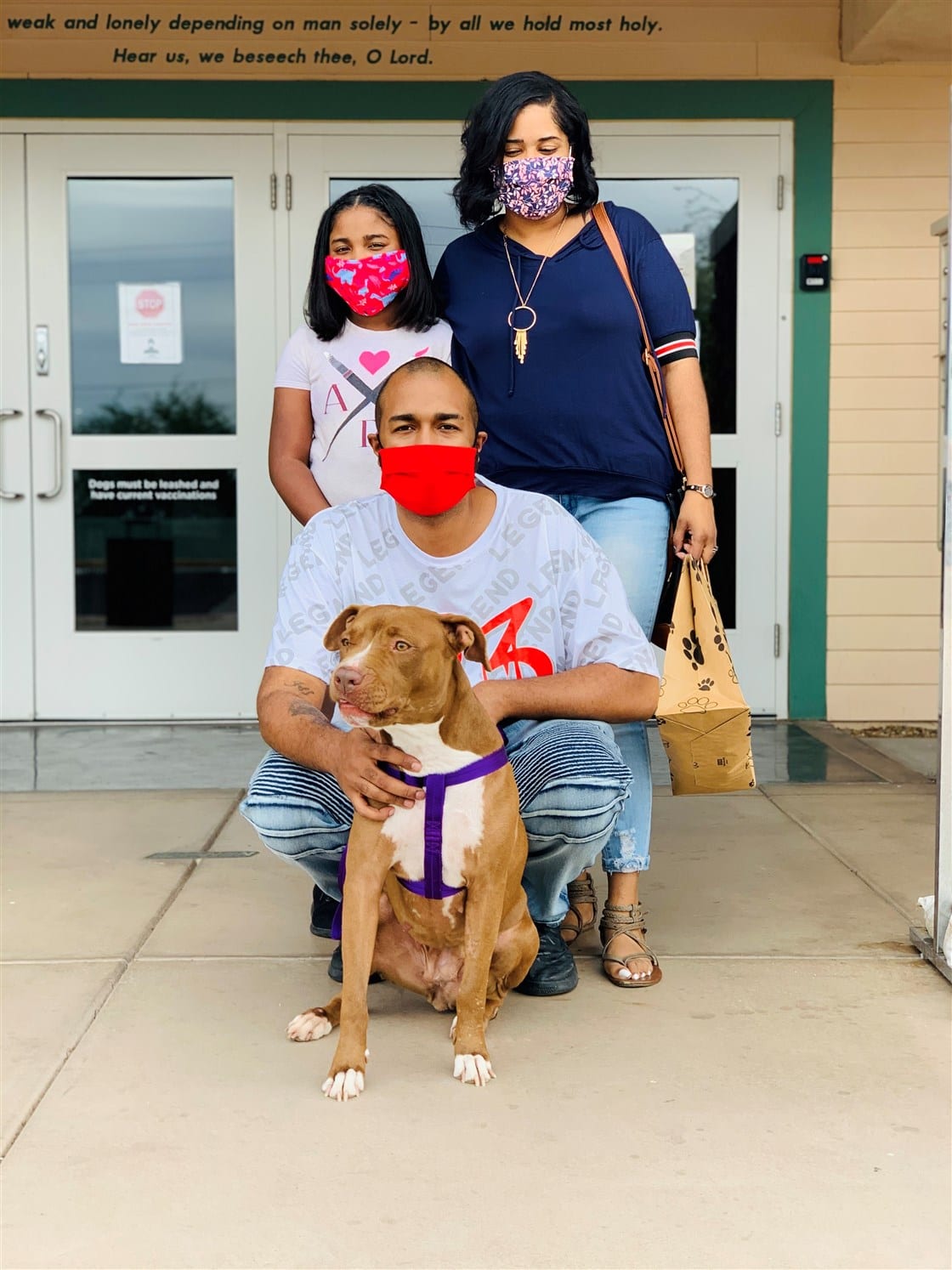 A stray pit bull mix named Lola was just a year old when she and her six puppies landed in Arizona’s Humane Society of Wickenburg last September. Her puppies were adopted right away, but for some reason, Lola kept getting overlooked by potential adopters — for over a year.

The staff at the small-town shelter — the local population numbers around 8,000 people — couldn’t understand why the loving dog who adores snuggling and belly rubs couldn’t find a forever home. But they refused to give up on her.

After 400 days, they contacted the Arizona Humane Society in Phoenix, which offers the “Project Reachout” program to take in pets who need help.

Bretta Nelson, spokesperson for the Arizona Humane Society (which despite the similar name is independent from Humane Society of Wickenburg), said the program is usually intended for sick, injured and abused pets who could benefit from the shelter’s trauma hospital or Parvo Puppy Intensive Care Unit. Lola was an unusual case.

“Wickenburg being obviously much smaller than Phoenix, I believe they reached out and said, ‘Hey, we have this dog here and she’s a staff favorite,’” Nelson told TODAY. “'We absolutely love her but for some reason, she does keep getting overlooked. Would you guys be willing to take her in and have the Phoenix population get a chance to meet her as well?’ And that’s exactly what we did.”

FOX 10: 30 Chihuahuas Rescued from House Fire, Some Ready for Adoption 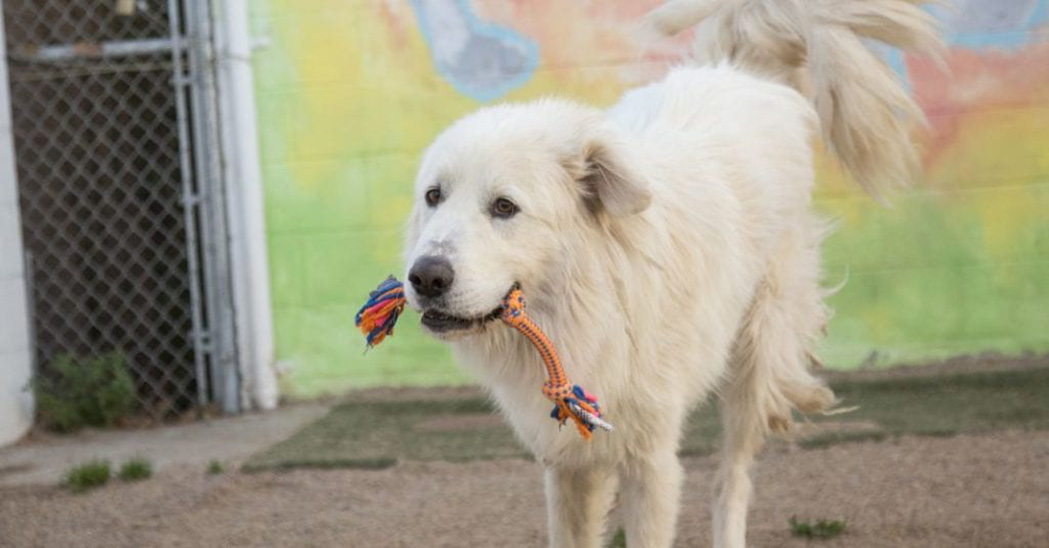