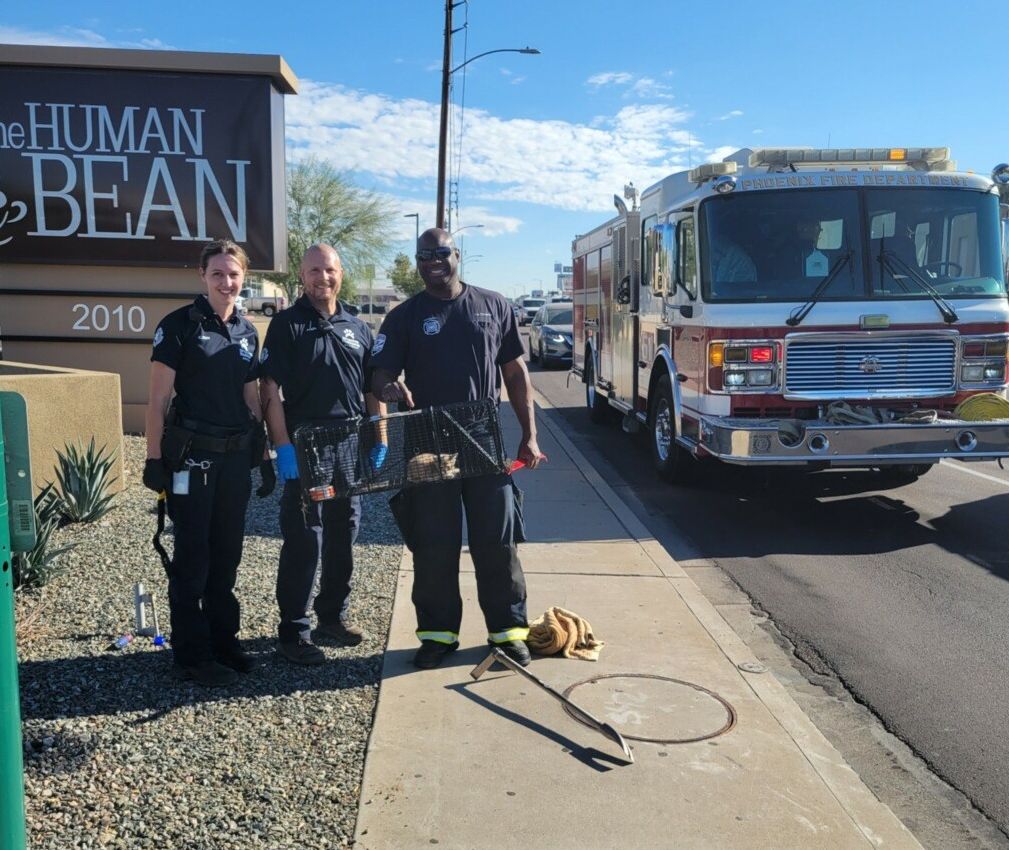 Written by: Victoria Ivankic
Kitten was Reportedly in a Storm Drain for a Week Before AHS and the Phoenix Fire Department Arrived On Scene 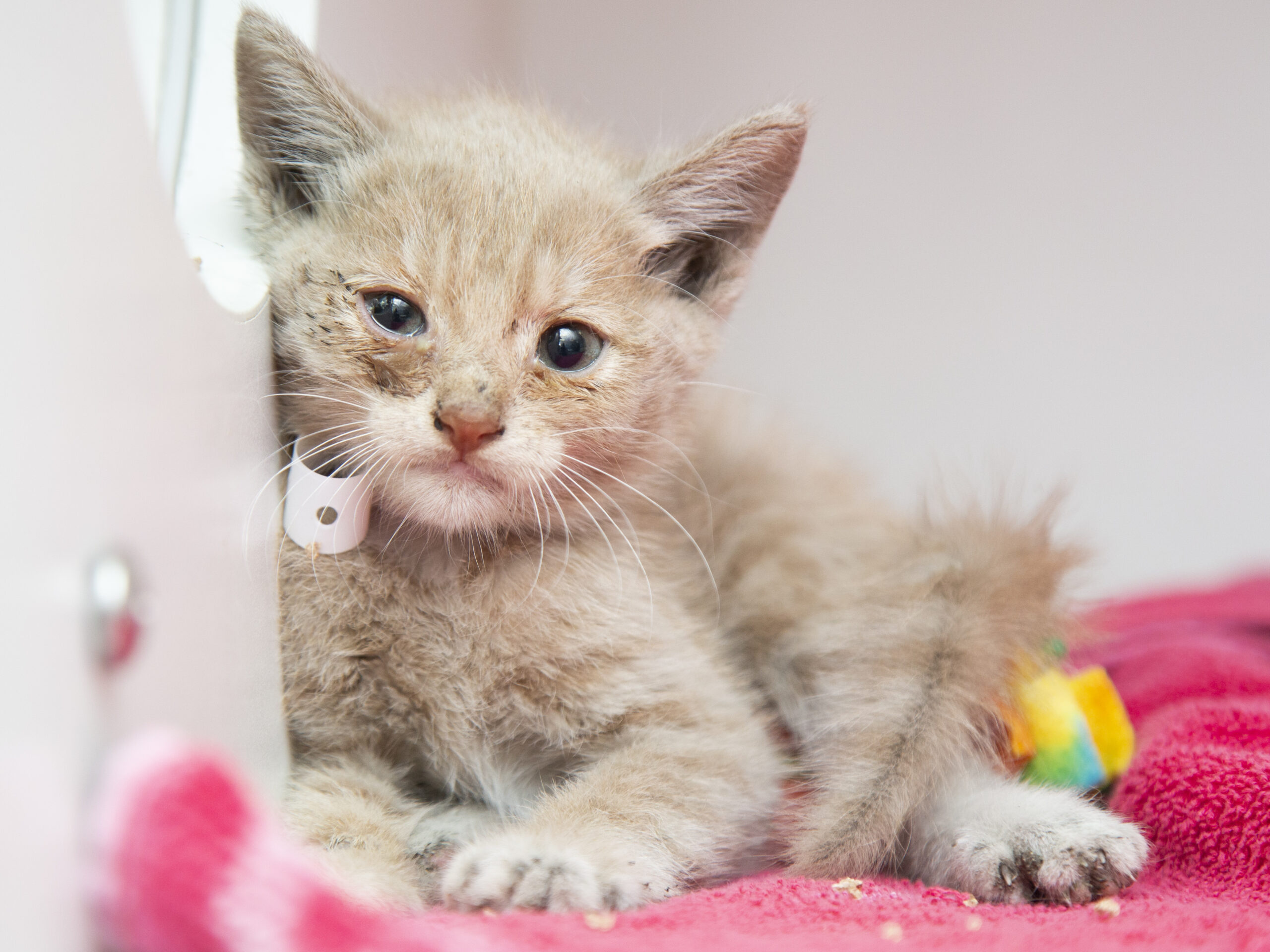 Thanks to the collaboration and dedication of the Arizona Humane Society’s Emergency Animal Medical Technicians™ and Phoenix Fire Station 61, this adorable 6-week-old kitten was safely rescued! He is now recovering in AHS’ Second Chance Animal Trauma Hospital™ after reportedly having been trapped in the storm drain for more than a week near 20th St. and Indian School Rd. in Phoenix. After two days of the underage kitten evading rescue attempts, he was finally rescued after AHS set a humane trap to help lure him to safety.

Once in AHS’ animal trauma hospital, this kitty was found to be underweight with fleas and a tummy ailment that will need treatment in an AHS Foster Hero home, where he can also get some much-needed socialization and love. It is expected he will need a couple weeks of medical care to get up to weight and healthy enough to be up for adoption. To add to this amazing rescue, one of the firefighters on scene may even adopt the little kiddo once he is ready to go!

Report a Sick or Injured Pet