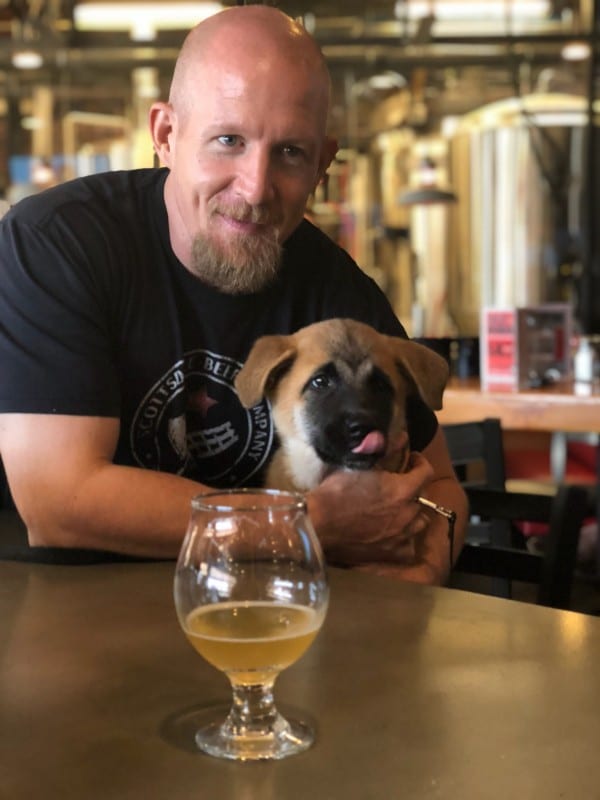 Scottsdale resident and brewpub owner, Doug Ledger, has been a lifelong animal lover.

Therefore, it is not surprising to find Doug and head brewer, Brad Williams, whipping up a batch of Puppy Kisses IPA, with a little inspiration from the Arizona Humane Society.

As the founder and managing partner at Scottsdale Beer Company, an award winning microbrewery and top-rated restaurant in Scottsdale, Mr. Ledger has proven that a small, local company can become an overwhelming source of charity and giving back.

This holiday season, that charitable giving includes a limited edition Puppy Kisses IPA that will debut at a special launch party at Scottsdale Beer Company on Dec. 7.