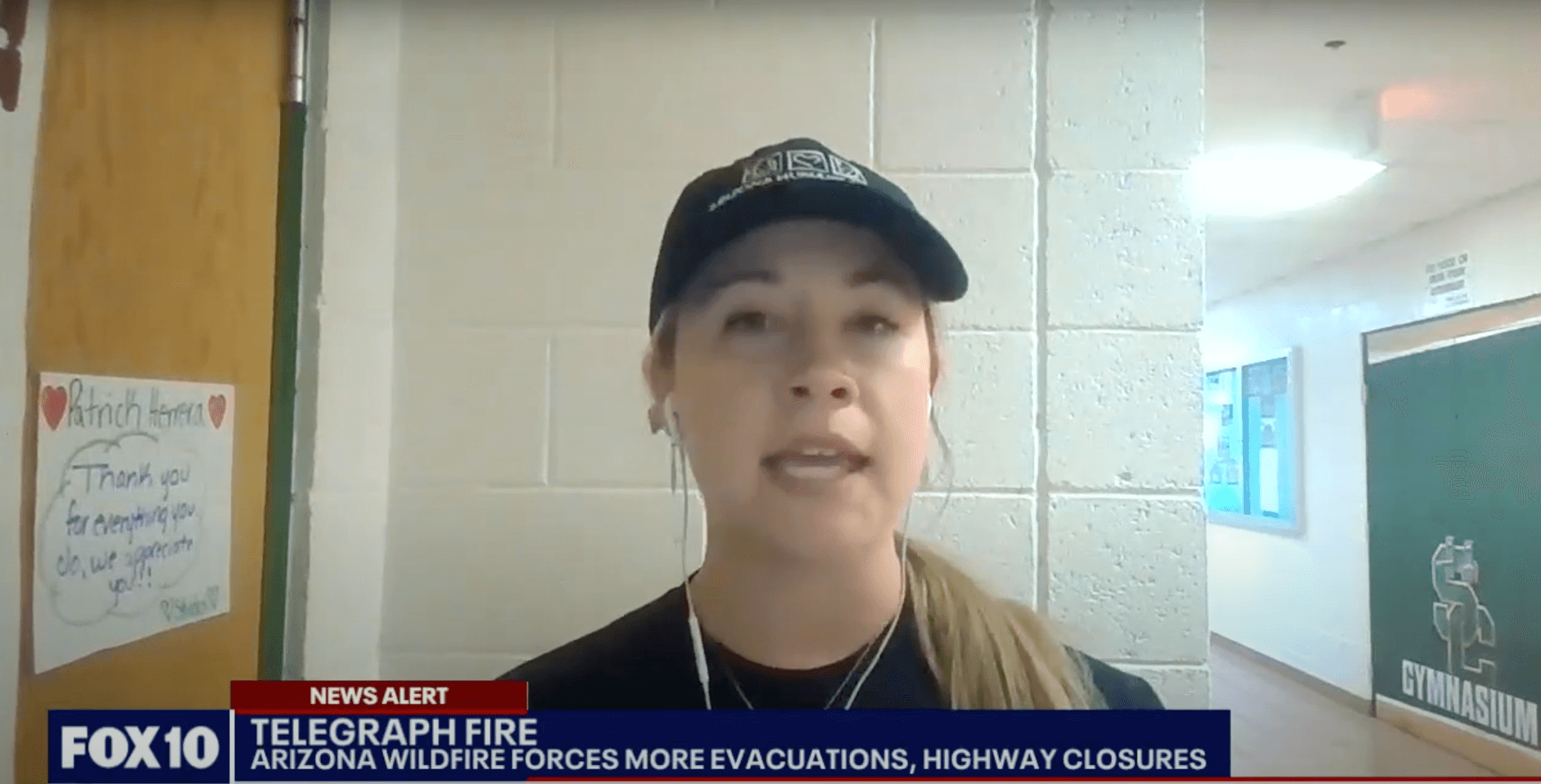 Dozens of Pets Evacuated as Telegraph Fire Grows in Arizona

Dozens of pets were evacuated to a temporary center set up by the Arizona Humane Society as homes were threatened by the Telegraph Fire in the state’s southeast.

At least 40 cats and dogs were being sheltered and cared for at the center, in Mesa’s Skyline High School, according to the Arizona Humane Society.

Two homes and three outbuildings were confirmed to have been destroyed by the wildfire, which grew to over 76,000 acres on June 8.

U.S. Army Soldier Reunites with 11-year-old Dog Monty After One Year of Deployment

UNIQUE WAYS FOR YOUR DOG TO BEAT THE HEAT!