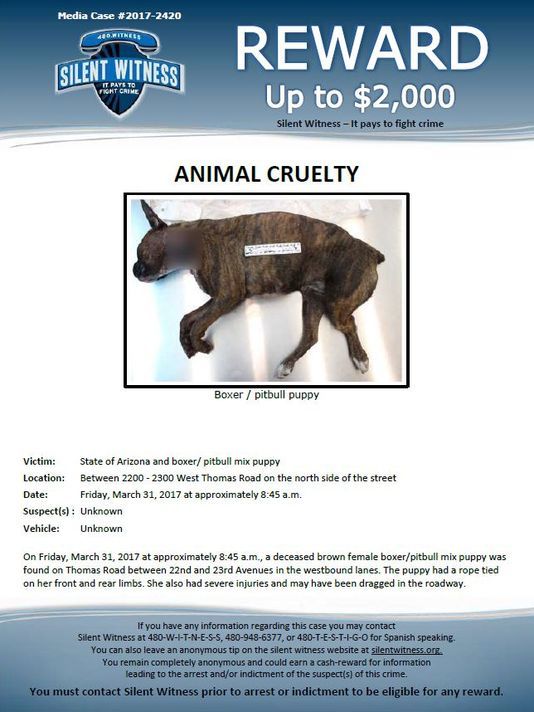 Silent Witness and the Arizona Humane Society are offering $2,000 for information leading to whoever left the carcass of an abused puppy on the side of a roadway March 31 in Phoenix.

A brown female boxer/pit bull mix was found dead on westbound Thomas Road between 22nd and 23rd avenues around 8:45 a.m., according to a Silent Witness flier.

Rope had been tied on the front and rear limbs of the puppy, who still had her baby teeth and was estimated to be between 6 and 12 months old. Severe injuries to her body indicate she may have been dragged in the roadway, said Detective Jemima Schmidt with the Phoenix Police Department.