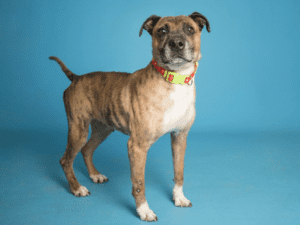 An 8-year-old Boxer that survived horrific animal cruelty conditions and was nursed back to health is in need of a forever home after being diagnosed with cancer.

The Arizona Humane Society says Daphne the Boxer was rescued after she was found to be living in deplorable conditions. Daphne was extremely emaciated, weighed only 29 pounds and had a skin infection from years spent living in a crate and lying in her own feces.