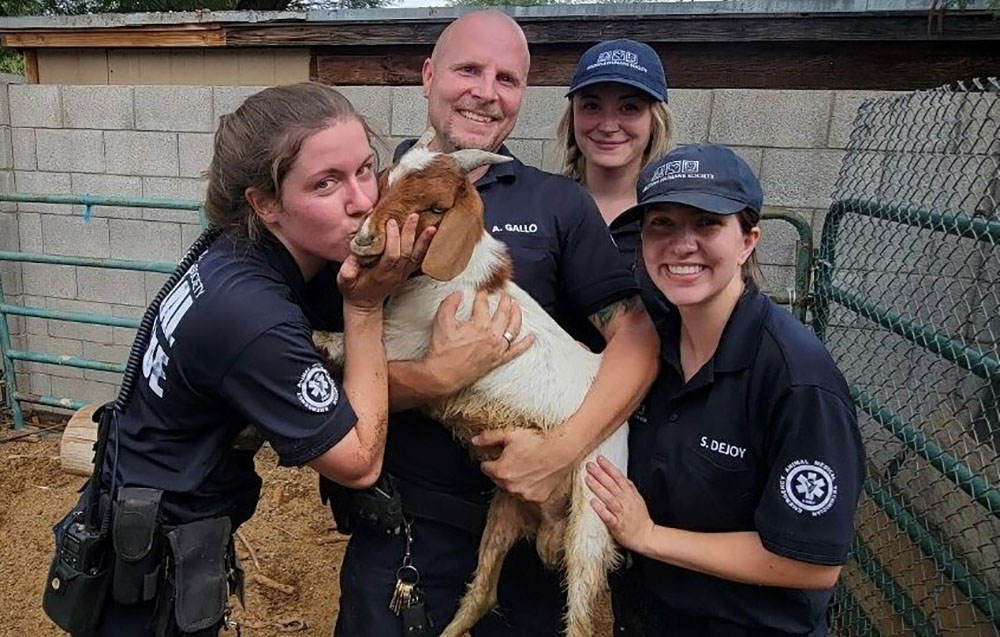 The initial call for help came into the Arizona Humane Society’s Field Dispatch Team on Tuesday, August 17. A homeowner near 43rd Avenue and Thomas heard a neighbor’s goat’s cries coming from underground after a huge storm had rolled through.

AHS Emergency Animal Medical Technicians™ Andy Gallo and Sydney DeJoy responded to the scene to find that a goat had fallen into a 250 foot long irrigation pipe, but had no idea where he was located exactly. After two hours, they had to reluctantly abort the rescue until they could return the following day with a snake camera to try to find the goat’s location.

The following day, Wednesday, August 18, EAMTs™ Andy, Gracie Watts and EAMT™-in-Training, Savana Wilcox, returned to the scene first thing in the morning armed with a snake cam, PVC pipes, shovels and a sledgehammer to break through the concrete and 12-inch irrigation pipe. The EAMTs™ had to attach approximately 100 feet of PVC pipe to the snake cam in order for it to reach further into the irrigation system, but were still unable to locate the exact location of the 8-month-old goat.

“We could not lay eyes on the goat at all, we never saw him before we started chipping away,” said Gracie. “We just kind of went by faith as to where we thought he was.”

They then began digging for three hours in between two properties and finally spotted the goat about five feet from them. Shortly after, Andy was able to reach his hand down where the goat responded with a kiss. Soon though, the goat shimmied underground within the pipe and in the opposite direction towards one of the holes where the owner was able to grab his horns so he could no longer move underground. The EAMTs™ then continued to dig and chisel the goat out in a rescue you have to see with your own eyes…

In what veteran EAMT™ Andy calls the best rescue of his 16-year career with AHS, he also recounts the emotions and perseverance that come with such a rescue.

“We were never going to quit, but you get to that point where you start telling yourself that this isn’t going to happen,” said Andy. “He would’ve drown down there if we left him.”

At approximately 1 p.m. on Wednesday, August 18, the baby goat was reunited with his goat friends as the skies opened up in a torrential downpour. Surely a sign that the goat would likely not have made it if it weren’t for some committed rescuers and their unwillingness to give up hope. 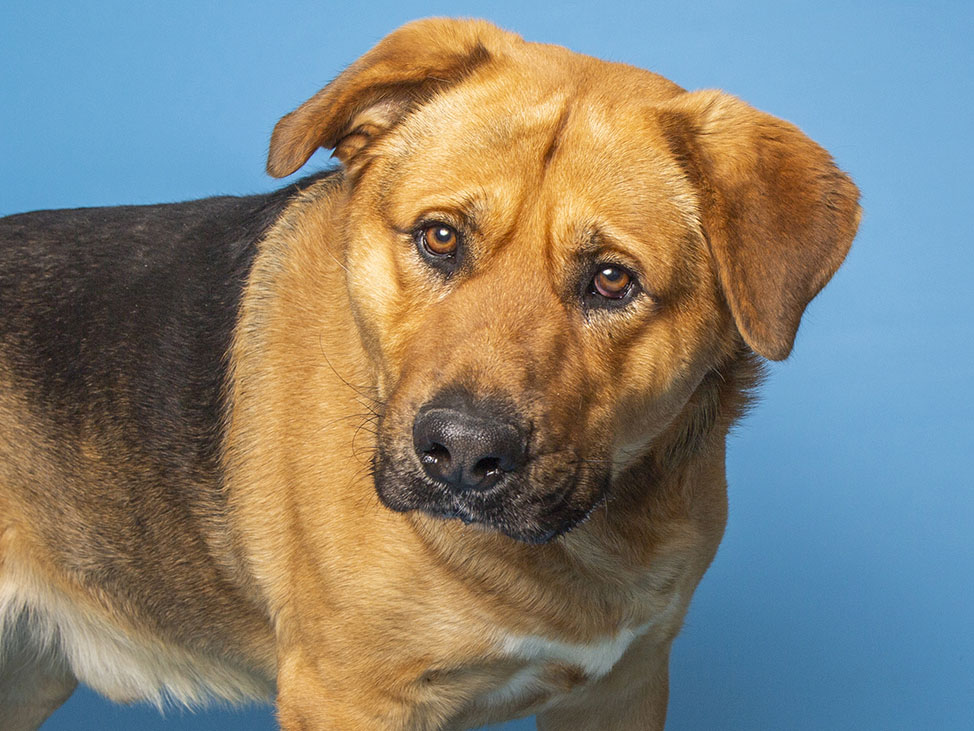