Two Adult Boxers and Their Five Puppies Rescued From Neglect

The Arizona Humane Society’s (AHS) Field Dispatch team received an anonymous tip last Saturday about a canine family suffering from neglect in a backyard in Phoenix. 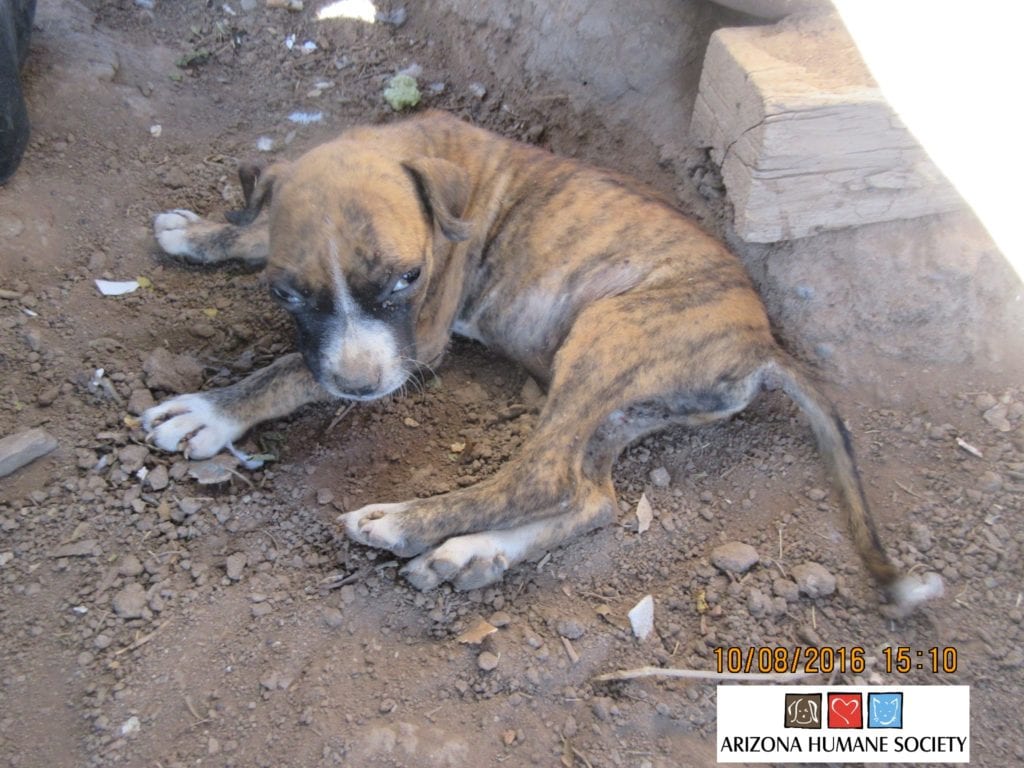 When Emergency Animal Medical Technician™ (EAMT) Juju Kuita arrived at the scene, she found two severely emaciated adult Boxers and their five 10-week-old puppies in critical condition. The dogs’ ribs and hip bones protruded from their thin, frail bodies and their ears and paws were covered with blood-sucking ticks.

Though there was a bucket of murky green water in the yard, the bucket was too tall for the five puppies to drink from which resulted in dehydration. Two of the puppies were very close to death. They were so weak that they were lying lateral on the ground, unable to stand and greet their rescuer. Yellow gums were a sign that the pups were on the verge of death and that the EAMT needed to act quickly. “They couldn’t have lived much longer in those conditions,” said EAMT Kuita. 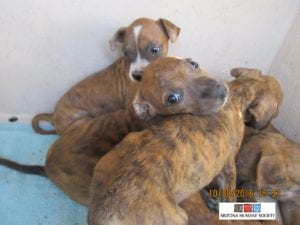 The dogs were taken to AHS’ Second Chance Animal Trauma Hospital™ where veterinarians administered fluids, ran blood tests and diagnosed all seven Boxers with tick fever, a condition caused by an extreme infestation of ticks. The dogs are currently on a feeding schedule and receive several meals throughout the day to help them gain weight. The puppies are in need of temporary foster homes. 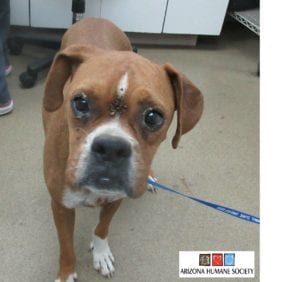 EAMTs are working closely with the Police Department to press charges of animal abuse against the owner.

It will take a few more weeks before the dogs make their recovery, but once healthy, they will go up for adoption.

AHS serves a unique role in our community, providing leading-edge medical and behavioral care and innovative solutions that are helping us save more lives than ever, even animals who are considered “untreatable” by other shelters.

Today, two of our every three pets who come through our doors receive treatment in our Second Chance Animal Trauma Hospital. You can help us continue to save the lives of pets with a lifesaving gift today.

View more on this story from Fox 10 and 3TV: