When can a dog be left outside in the heat? Surprise residents rallied to help one dog 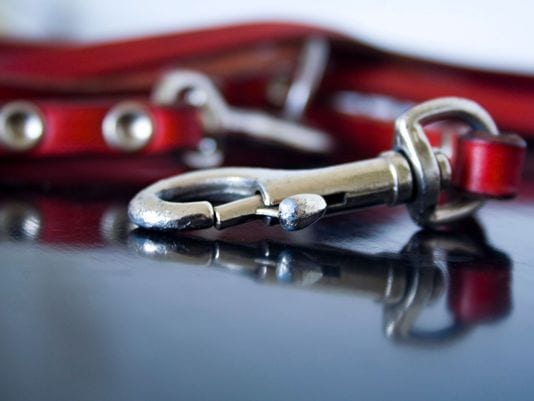 What started as a Facebook post on Wednesday asking for neighborly advice quickly escalated into a rally to rescue a dog tethered in a Surprise backyard.

For months, neighbors had been worried about a 10-pound dog, perhaps a terrier, tethered to a kennel under the blazing sun.

People had called Surprise police about the dog a dozen times since November, but the city’s response wasn’t good enough for at least one neighbor. After temperatures soared to 116 degree on Tuesday and Wednesday, she took to Facebook.

“So looking for everyone’s thoughts on this,” Suzanne Peasley wrote on a group for Surprise residents, called “Surprise, AZ,” around 5 p.m. Wednesday. Then, she told the dog’s story.

Fewer than four hours later, the post, which was eventually taken down, had 930 comments and 22 shares.

Most people said they were worried about the dog, and many suggested that people begin to call city police, Maricopa County Animal Care and Control or animal rescue organizations.

A police officer and animal control officer had already checked on the dog earlier in the day and ensured its safety after receiving a call, he said. But after the calls started again, an officer went out to the house again, Klarkowski said.

The resolution was not what many had been hoping for: The officer didn’t take the dog away.

Dog prompts possible law change
Many who followed the story on Facebook didn’t know just how far back it went, or that this dog’s case is originally what spurred the Surprise City Council to begin considering a change to its animal tethering and confinement law.

In March, after people had been calling police about the dog for months, someone went to Councilman Skip Hall and asked what could be done.

The city’s current law says it is illegal to place an animal in an enclosed space that would endanger the animal’s health or well-being or may reasonably be expected to cause the animal to suffer, become disabled or die.

Hall is bringing a proposal to the council in September. The proposal would more clearly outline what types of tethering and confinement are illegal, such as when a dog doesn’t have a safe, clean, dry space that lets it lie down and protects it from weather.

What’s legal vs. what’s humane
There is often a disconnect between what’s legal and what animal welfare groups consider to be humane, said Ruthie Jesus, field operations supervisor for the Arizona Humane Society.

It’s not illegal to keep your animals outside all day in the Phoenix area heat, she said, but the Arizona Humane Society does not encourage it.

“We tell someone to put themselves in their animal’s shoes. It’s so hot out there.”

Ruthie Jesus, field operations supervisor for the Arizona Humane Society
“We tell someone to put themselves in their animal’s shoes,” she said. “It’s so hot out there.”

She advises pet owners to bring outdoor pets into a laundry room or bathroom for the day.

If a dog is kept outside, she said, it is best to not tether it or keep it in a kennel. Make sure it has plenty of shade and cool water.

Kennels are bad because they sometimes can trap air flow, she said, and dogs can entangle themselves and not be able to reach their water dish if they are tethered.

“We know from experience on a day when it is 116 degrees, an accidental situation can turn deadly very fast,” she said.

Some tips Jesus offers for keeping dogs cool on hot days, other than simply bringing them inside, include:

Surprise tackles issue of how people treat dogs and other pets

When Melissa Robbins shows up at someone’s house in Surprise, she said it’s often because a concerned neighbor has called her.

A dog has been barking excessively, or is restrained outside on a leash or in a kennel outside, or doesn’t appear to have anyone caring for it. It’s up to Robbins, one of the city’s three animal control officers, to decide whether the owner has committed animal abuse or neglect.

The Surprise City Council is considering strengthening the city’s animal confinement and tethering law to give police and animal control officers greater ability to enforce the law.

The city’s current animal confinement law is one paragraph and says it is illegal to place an animal in an enclosed space that would endanger the animal’s health or well-being or may reasonably be expected to cause the animal to suffer, become disabled or die.

The proposed ordinance, brought forward by Councilman Skip Hall and drafted with animal control officers’ help, is nearly a page long and provides detailed examples of circumstances in which confinement and tethering would be illegal.

The council may consider the proposal in September, Hall said.