How the Arizona Humane Society Helps Pets During Natural Disasters 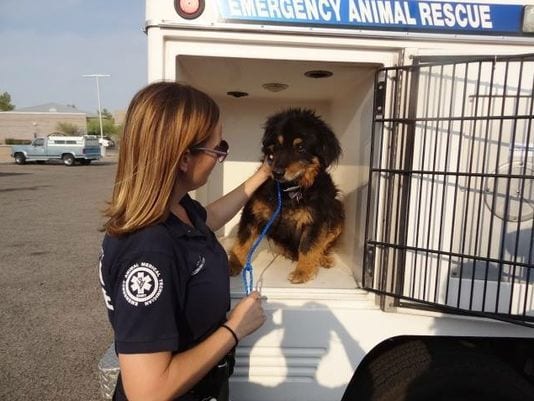 Nearly 6,000 people evacuated from their homes during the largest wildfire in Arizona’s history in 2011.

The Wallow fire burned 538,049 acres in the Apache-Sitgreaves National Forests and led to many first responders helping victims, including an agency many Arizonans may not expect.

During the evening of June 7, the Arizona Humane Society received a phone call from the Department of Emergency Management and Military Affairs. The organization, the state’s designated responder for animals during disasters, was deployed to the area.

WHAT TO KNOW: Ducey warns Arizona of a disastrous fire season

During the fire, more than 100 animals were helped by the group.

Bretta Nelson of the Arizona Human Society shares some of the ways the organization helps pets and pet owners during natural disasters.

When not responding to disasters, the team provides life-saving treatment to animals every day of the year. The team helped with nearly 13,000 animal rescue and cruelty investigations in 2017, according to Bretta Nelson, an Arizona Human Society spokeswoman.

The team helped with many of Arizona’s wildfires including the Yarnell Hill, Monument and Holbrook/Rodeo fires.

When deploying to a disaster zone, the humane society provides rescue, shelter and treatment services.

Pets are able to stay with the team until the owners find a permanent place to stay.

In 2005, the organization deployed multiple rescue teams to New Orleans in the wake of Hurricane Katrina. The staff returned to Phoenix with more than 200 ill and injured pets with the help of the Arizona National Guard.