Chihuahua puppies abandoned in Phoenix dumpster up for adoption 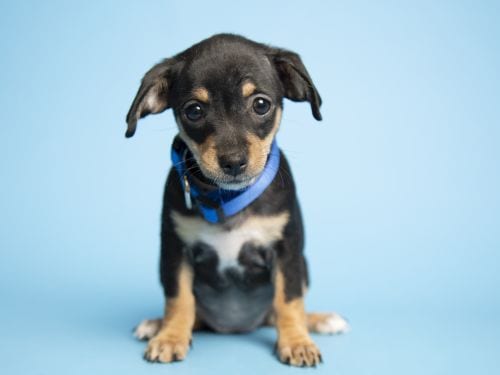 Three puppies that were put in a duffel bag and thrown into a Phoenix dumpster will be put up for adoption Thursday, the Arizona Humane Society said.

Five Chihuahua puppies were found by a “Good Samaritan” taking her trash to a dumpster near Seventh Avenue and Baseline Road on Monday, Humane Society spokeswoman Bretta Nelson said. Two puppies were dead and their bodies were taken to Midwestern Universities for necropsies, or animal autopsies, she said.

The remaining three were examined by veterinarians at the humane society’s trauma hospital and were doing “surprisingly well” as of Tuesday afternoon, the Arizona Humane Society said in a Facebook post.

They were awaiting their spay and neuter surgeries and will be available for adoption on Thursday at 11 a.m. at the Arizona Humane Society’s Sunnyslope Campus at 9226 N. 13th Ave.

Their adoption fee is $450 each, the Arizona Humane Society said.

In a statement to The Arizona Republic, the Arizona Humane Society said it asks potential adopters to spend time with the pet they are interested in prior to adopting it.

Arizona Humane Society staff will be on hand to give information, guidance and resources to potential adopters.

The organization said it may have a drawing if there are too many interested adopters when doors open at 11 a.m., but the decision on whether or not a drawing should be held would likely be made Thursday morning.

Nelson said there are “lots of puppies and kittens this time of year” and she encouraged those who don’t get the chance to adopt one of the three dogs to consider adopting another pet.