It was a touching reunion when Clark and his cat of 13 years, Bernadette, were reunited after 15 long months apart.

It was an emotional moment for both as the shy girl perked up at the sound of her dad’s voice while her dad became overwhelmed with her “familiar” meows and purring.

Bernadette was enrolled in AHS’ Project Active Duty program after Clark joined his husband, who teaches in the military, oversees. Unable to take Bernadette with, they had fortunately heard of Project Active Duty through a friend. AHS’ Project Active Duty program partners with PetSmart Charities to care for and protect the animals of those who are protecting us around the world. This program allows loving pet owners leaving for a tour of duty to entrust their pets to AHS, providing not only peace of mind during their deployment, but comfort knowing that when they return, their pet will be waiting for them.

Bernadette was fortunate to have two loving foster families over the last 15 months, most recently with the Dever family. AHS foster parents, Mary and Frank, doted on the shy girl while keeping Clark updated with photos and text messages. They are now officially hooked on the program and awaiting their next military foster pet.

It was a bittersweet day for Clark and his girl as well as the foster family that had grown to love her so much, and will likely result in a lifelong friendship. 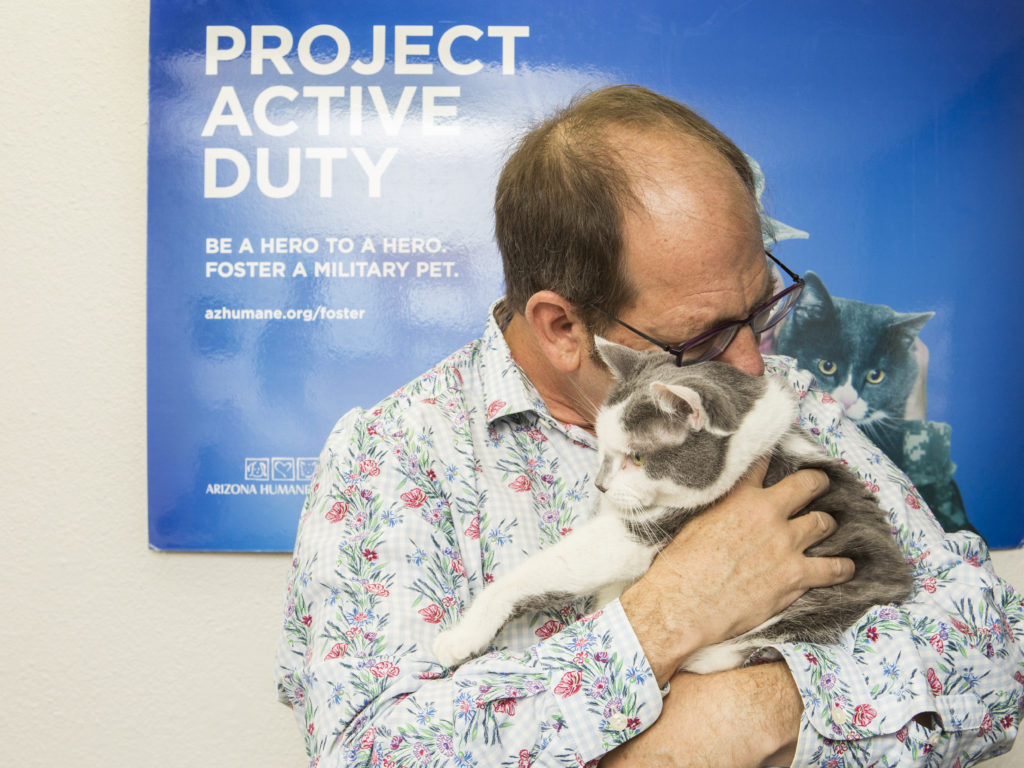 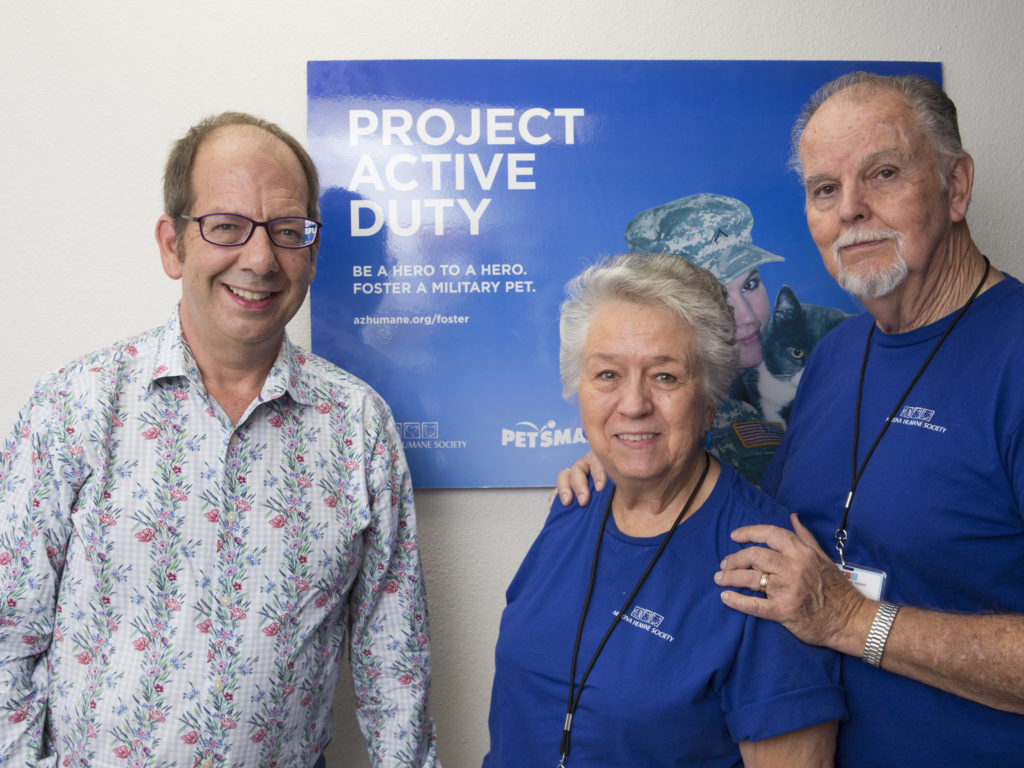 You can help families just like Clark and Bernadette by joining our Project Active Duty foster team. Become a here to a hero and sign up today!