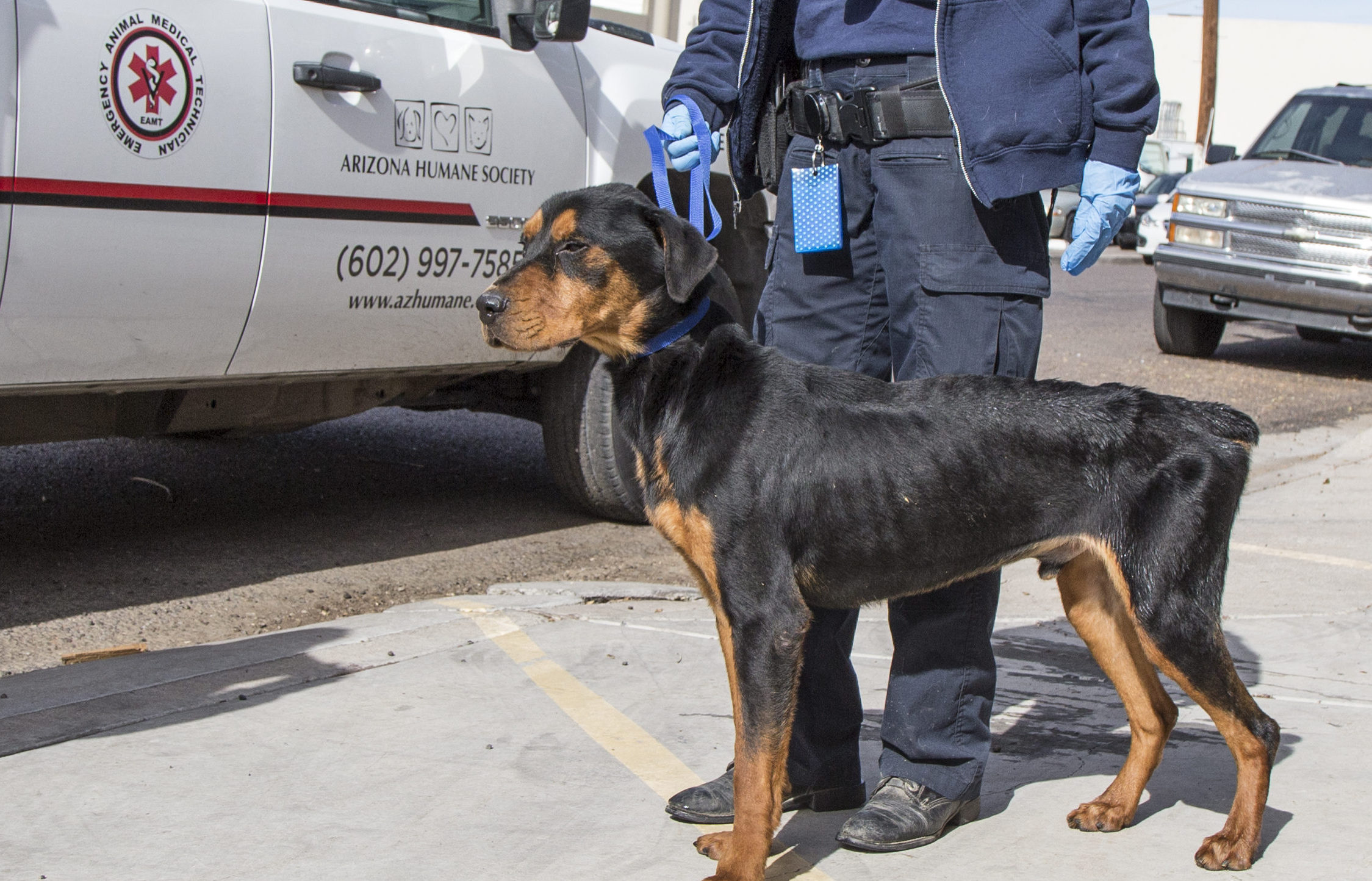 PHOENIX — Authorities have seized 164 animals from a Phoenix pet-boarding facility since January after an alert from the nearby Arizona Humane Society.

Phoenix police Sgt. Alan Pfohl said dogs, cats and other animals were removed Thursday morning from Planet Petopia Doggie Dude Ranch and taken to another facility to receive an evaluation and medical care if needed.

The owners, 49-year-old Barbaraann Whitley and 52-year-old Glen Whitley, were both arrested and booked on one count each of neglect, failure to provide medical care and hoarding, police said.

Authorities had removed more than 50 animals from the facility near 13th Avenue and Hatcher Road last month alone.

Pfohl said it was Arizona Humane Society employees working across the street who heard commotion and decided to pay Petopia a visit.

Many had open wounds and were emaciated, she said. At that time, 49 animals were taken from the facility.

“It’s not uncommon to see this,” Nelson said. “However, the sheer volume of animals we’re dealing with. … I’ve been with the organization seven years, and this is one of the larger cases I’ve seen.”

PHOENIX — Dozens of animals have been seized from a Phoenix pet boarding facility after an alert from the nearby Arizona Humane Society.

They say the two owners of the business — a 52-year-old man and 49-year-old woman — have been jailed on suspicion of animal neglect, failure to provide medical care and hoarding.

How You Can Help!