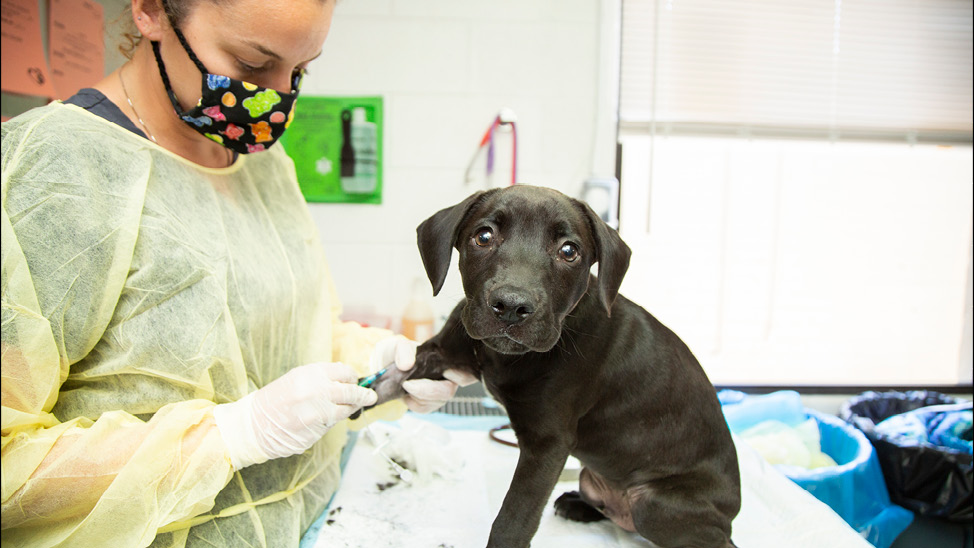 The Daily Independent: Pets and the Pandemic

Pets and the Pandemic: Animal welfare in the age of COVID-19
Kelly O’Sullivan, Independent Newsmedia | June 24, 2020 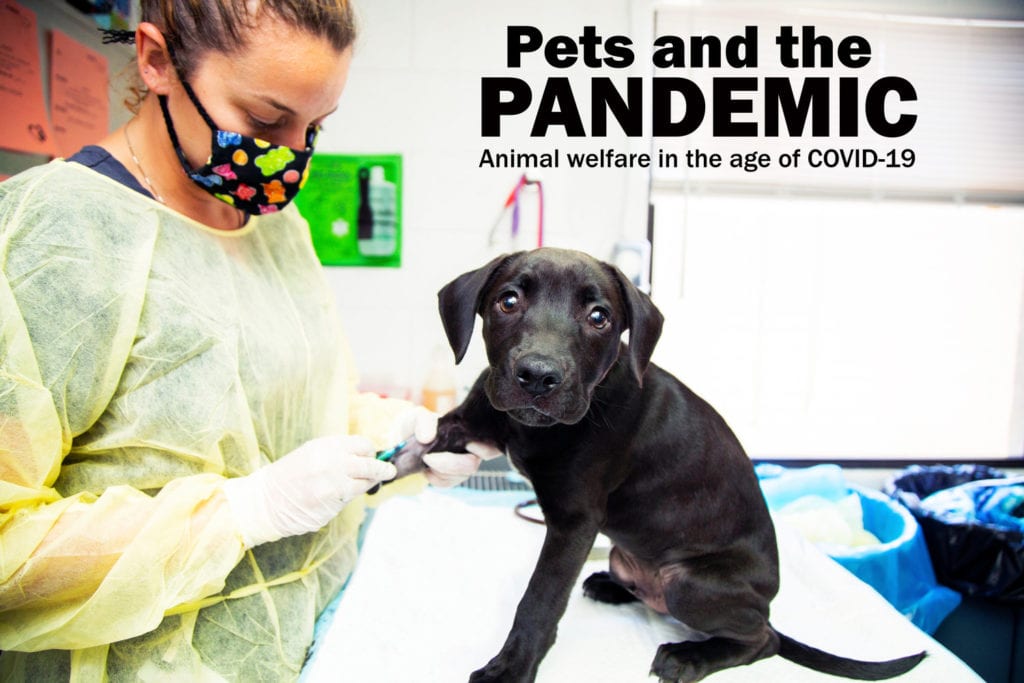 What a difference a century makes.

When the second wave of the Spanish flu pandemic ravaged Arizona in fall 1918, many people turned on their pets and strays, believing dogs were spreading the mysterious and deadly virus, according John M. Barry, author of 2004 nonfiction book, “The Great Influenza: The Story of the Deadliest Plague in History.”

In all, more than 2,500 Arizonans are estimated to have died in that pandemic, which killed an estimated 675,000 in the U.S. and 20 million to 50 million people worldwide.

There are no statistics on the number of dogs killed or abandoned in the Valley in 1918 as hysteria over the virus took over, but Barry wrote in Chapter 29 of his book that while influenza’s impact was light in Phoenix compared to elsewhere, “The panic came anyway. Dogs told the story of terror, but not with their barking. Rumors spread that dogs carried influenza. The police began killing all dogs on the street. And people began killing their own dogs, dogs they loved, and if they had not the heart to kill them themselves, they gave them to the police to be killed.”

Mr. Barry also quoted a passage from the Dec. 6, 1918, edition of the Arizona Gazette that read, “At this death rate from causes other than natural, Phoenix will soon be dogless.”

Fast forward to 2020 and the COVID-19 pandemic, which has killed more than 1,300 Arizonans since March.

Despite reports of the novel coronavirus infecting several lions and tigers at the Bronx Zoo, some domestic housecats and a North Carolina pug named Winston, numerous Valley residents turned to pets for comfort as Gov. Doug Ducey declared a state of emergency in mid-March and ordered Arizonans to stay at home as non-essential businesses and public buildings closed.

While the Arizona Humane Society received a few calls from people who were concerned after reading news reports about the infected animals and what it might mean for their pets, Bretta Nelson, the organization’s public relations manager, said callers to the AHS Pet Resource Center, 602-997-7585 ext. 3800, were more concerned about finding resources to keep their own animals, adopting new pets and helping others.

Other animal welfare organizations and care facilities in the West Valley echoed those sentiments.

A receptionist at Marketside Animal Hospital at Verrado in Buckeye said via email she has received no calls from pet owners concerned about COVID-19, and a handful of calls asking about payment plans since the pandemic began.

Lilia Mutka, founder of BARK, Buckeye Animal Rescue & Kennel, said she’s received between 10 and 20 calls about pet transmission of the virus over the past three months, while calls from people asking about adoptable pets, fosters and owner surrenders increased dramatically.

The pandemic’s impact varies by organization, but all agree that navigating the new normal of COVID-19 is a challenge that isn’t going away any time soo

The ups and downs of pets in foster care
The Arizona Humane Society is a private, nonprofit organization founded in 1957 as a small shelter that has grown into the state’s largest animal welfare and protection agency. It works closely with Maricopa County Animal Care and Control, and assists more than 18,000 sick, injured, unwanted and abused animals annually through a wide range of medical, behavioral rehabilitation, surrender intervention, spay/neuter programs, adoption and education programs.

Typically in spring and summer, AHS has as many as 700 pets that need fostering at any given time, and staff is busy soliciting families to care for them until they can be adopted, Ms. Nelson said in a telephone interview. Not this year.

“The first thing we saw was people wanting to foster pets like we have never seen before,” she said. “We have 250 people on the waiting list to foster.”

Many AHS staff members, including Ms. Nelson, have been working from home and fostering pets since the pandemic began, she said.

The organization adopted out more than 1,100 pets from March to May, a 44% decrease over the same time last year, which Ms. Nelson attributed to modifications the organization made to its adoption process to mitigate the spread of COVID-19.

AHS temporarily closed three adoption sites in Mesa, Phoenix and Scottsdale and kept its Nina Mason Pulliam Campus for Compassion, 1521 W. Dobbins Road in Phoenix, open by appointment only for those wanting to meet a pet they’ve seen at azhumane.org/adopt.

While the facility can only accommodate up to 36 appointments per day, Ms. Nelson said there is an upside — about half of those who come in take a pet home with them. Additionally, the amount of time pets are waiting to be adopted has decreased significantly, she said.

Because each animal needs varying levels of service before it’s ready to go to its forever home, adoption fees vary by pet and are not listed on the organization’s website. To learn more, check out AHS’ virtual adoption matchmaker program video.

A new animal in the house also can mean big adjustments, especially when it’s a puppy, and when AHS began seeing more calls for with training, staff implemented a virtual training program conducted via Skype and Zoom. For more information on all of the service AHS offers, visit azhumane.org.

Melissa Thompson, VP of Medical Operations for the Arizona Humane Society, joins podcast host Andrew Southern on this episode of Redesigning Normal to discuss the pandemic’s impact on veterinary care. The Arizona Humane Society is a nonprofit organization that, among other services, operates the second largest animal trauma hospital in the southwest.

Listen to the podcast episode.

AHS and State Forty Eight Collaborate to Save More Pets! 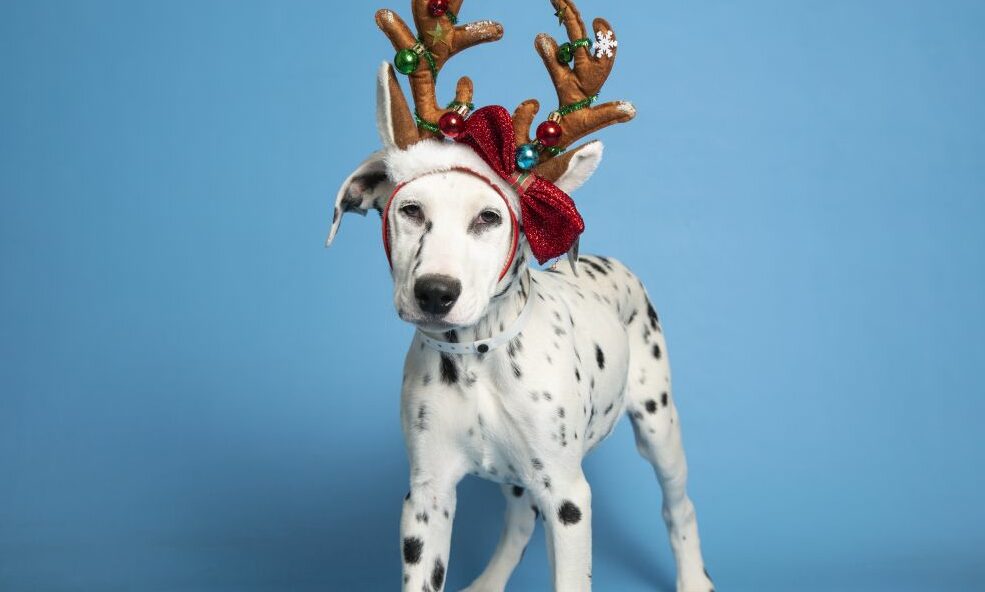 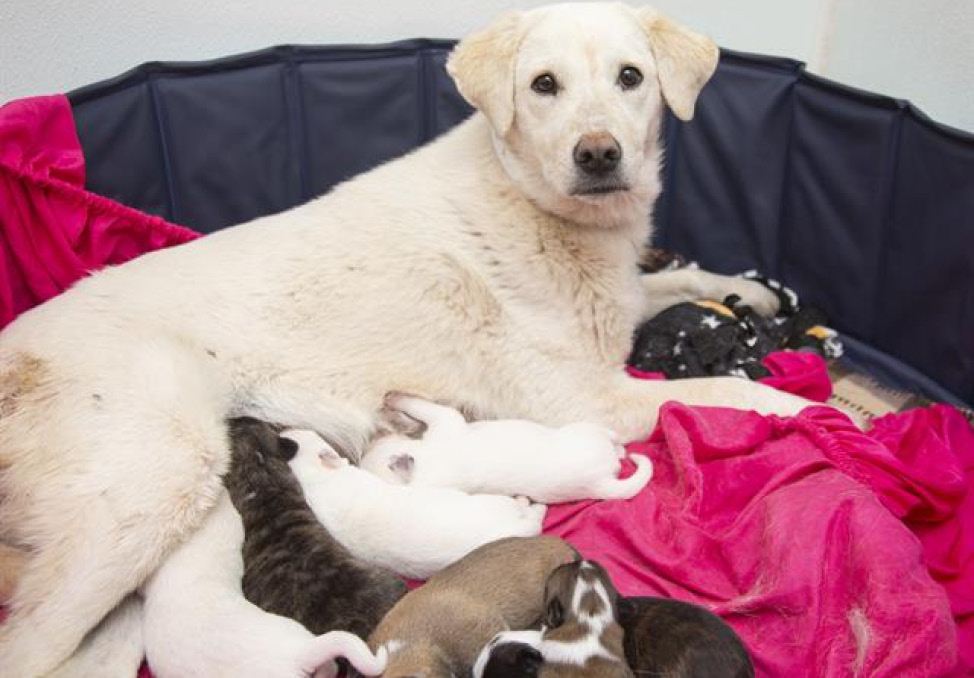